Happy birthday to a quartet of legends…

1968 was a year of social change – the Prague spring, Vietnam protests, demonstrations and revolutions.

In a less dramatic fashion, it was also a landmark year for the car industry with the introduction of some of the most iconic names in motoring… 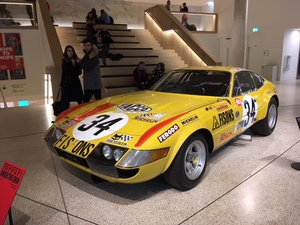 The glamorous 365 GTB was unveiled to the world at the 1968 Paris Motor Show. A super-fast front-engine grand tourer, the Pininfarina designed 4.4 litre V12 fastback was at the time one of the world’s fastest cars and Ferrari’s response to rival Lamborghini’s Miura which had caused a storm two years earlier.

Considered the last of the true ‘Enzo’ Ferraris, the car was conceived as the company was on the brink of collapse before a rescue deal was negotiated with Gianni Agnelli, the founder of the Fiat empire. Although fewer than 1500 cars were produced over five years, including 122 examples of the even more alluring Spider, the 365 outsold the Miura by two to one.

Although officially badged with a number, the Daytona was nicknamed after an outright 1-2-3 Ferrari victory at the US 24-hour race in 1967. The GT also enjoyed considerable success in endurance racing as a privateer, gaining class wins at Le Mans in 1972,73 and 74.

Still highly collectible, a ‘barn find’ example, untouched for over 40 years, was sold at auction in late 2017 for €1.8 million. 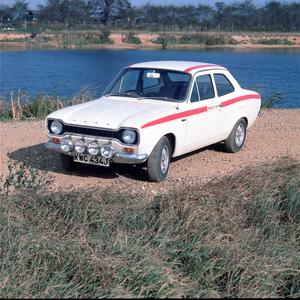 The humble Escort was once the world’s best-selling car and was a mainstay on UK roads, with owners ranging from families to police forces.

However, the Escort had an alter ego, gaining success from its debut on the race track, also in 1968. Two years later, the RS1600 engine Escort had won the British, German, Belgian and South African saloon car championships.

The most famous editions include the legendary ‘Mexico’, celebrating the storming success of five Ford Escort teams in the 1970 London to Mexico world cup rally; the mark 2 RS2000 with its distinctive ‘droop snoot’ and of course the ultimate ‘Boy Racer’ symbol of the 80s - the XR3i.

Such was the Escort’s popularity that the model was still in production two years after the launch of its replacement, the Ford Focus. The final Escort rolled out of the Halewood factory in 2000. 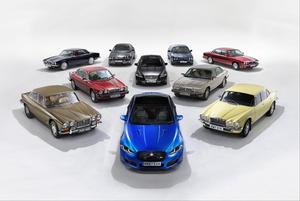 
Jaguar’s XJ has for 50 years been a symbol of Britishness, beloved of public figures from Prime Ministers to Arthur Daley.

The last model personally overseen by Jaguar’s founder Sir William Lyons, the XJ replaced the Mark II with the aim of creating a saloon car with E-type handling.

At launch, the XJ was praised for its ‘serene’ cabin and luxuries such as power-steering, sumptuous leather interior and optional air-conditioning.

Amazingly, the XJ has had seven incarnations to the present day, most of its life wrapped in the iconic ‘cigar shaped’ body shell, until the radically redesigned XJ351 was launched in 2009.
Highlights include the legendary V12 engine introduced in 1971, with a top speed of 140 mph, making the XJ the fastest four-seater of its time; self-levelling suspension introduced in 1986 and the nearly all-aluminium body shell, a first for the automotive industry, launched in 2002. 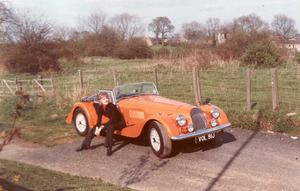 The iconic Morgan already looked like a classic when it was launched at Earls Court in 1968, with a body shell whose 1930s origins were apparent, with its ‘wings’, bullet headlights and wooden frame construction.

However, the sports car caused a stir with its Rover V8 engine which produced a top speed of 124 mph and an acceleration of 0-6mph in under 7 seconds. The Plus 8 was for some years the fastest accelerating production car in the world, somewhat belying its traditional appearance!

The Plus 8 enjoyed 36 years of continual production, during which time 6000 cars were produced, until 2004 when stricter emissions regulations put paid to the Rover V8. However, the model was revived in 2012, powered by a 4.7 litre BMW engine and underpinned by an alloy chassis. Each car is still assembled by hand at the family-owned company base in the Malvern Hills.

To commemorate this landmark, the company is producing a special 50th anniversary edition Plus 8 – a blue speedster or traditional green roadster – and is restoring a 1968 Routemaster bus which is making appearances at special ‘birthday’ events over the summer.