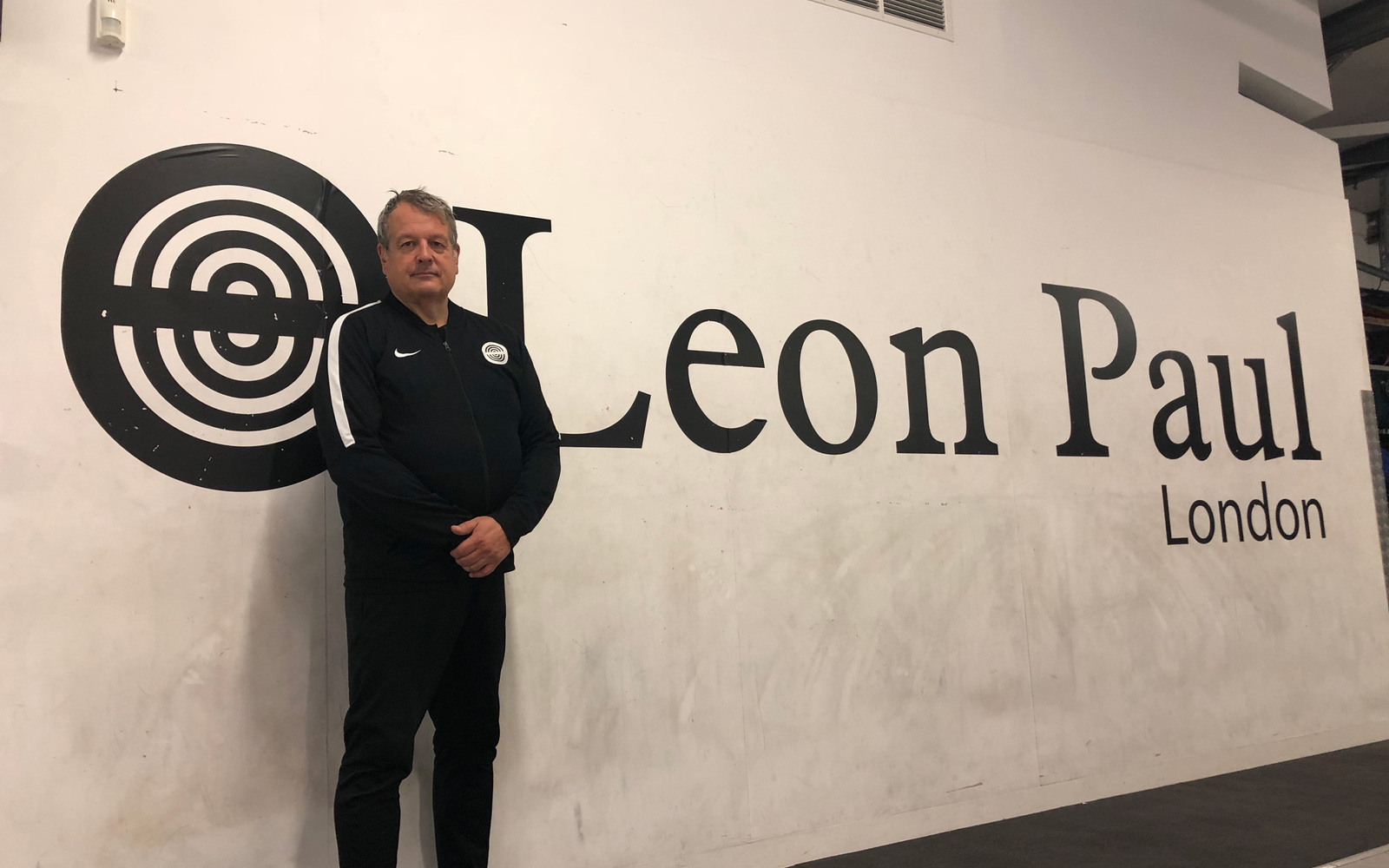 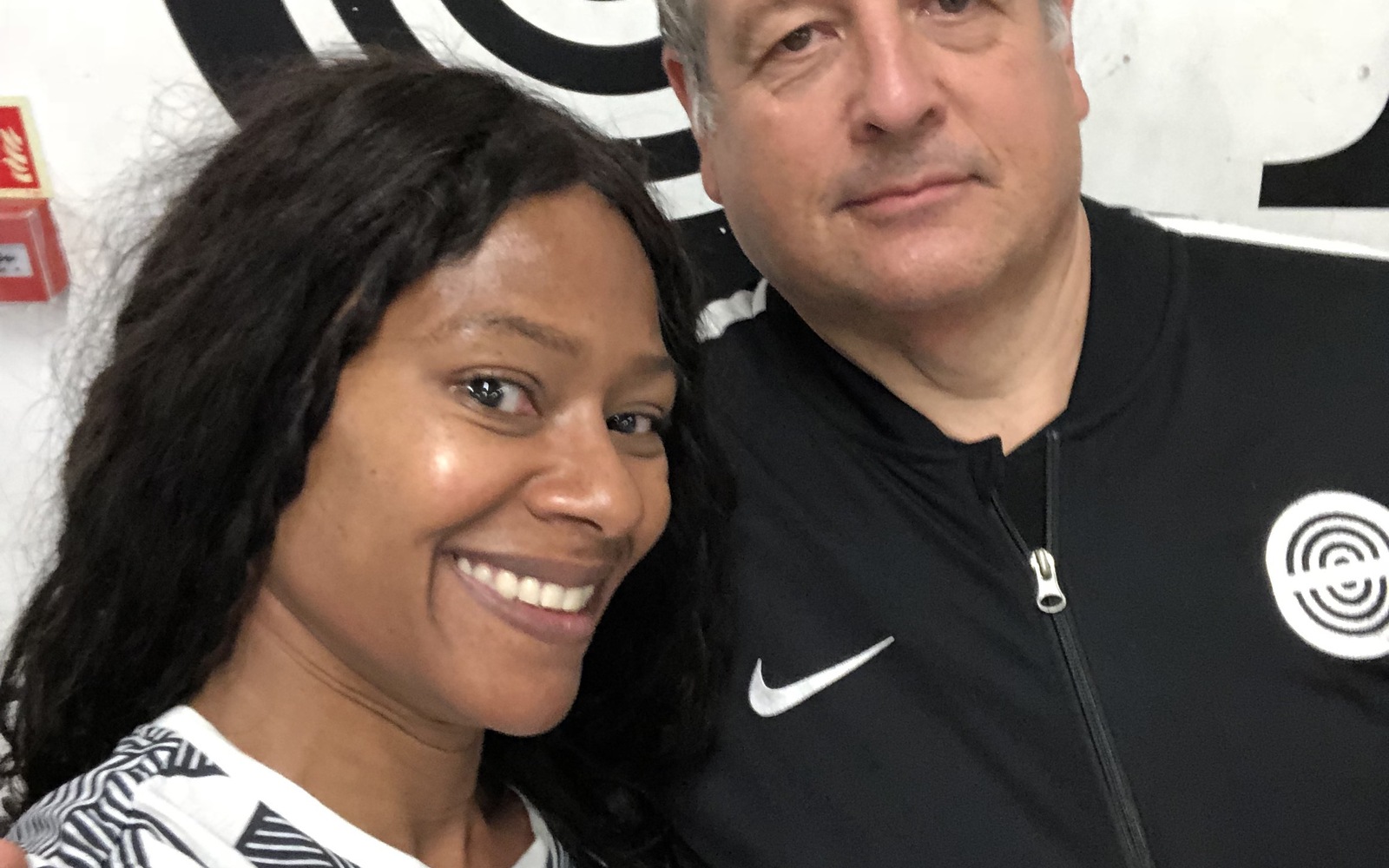 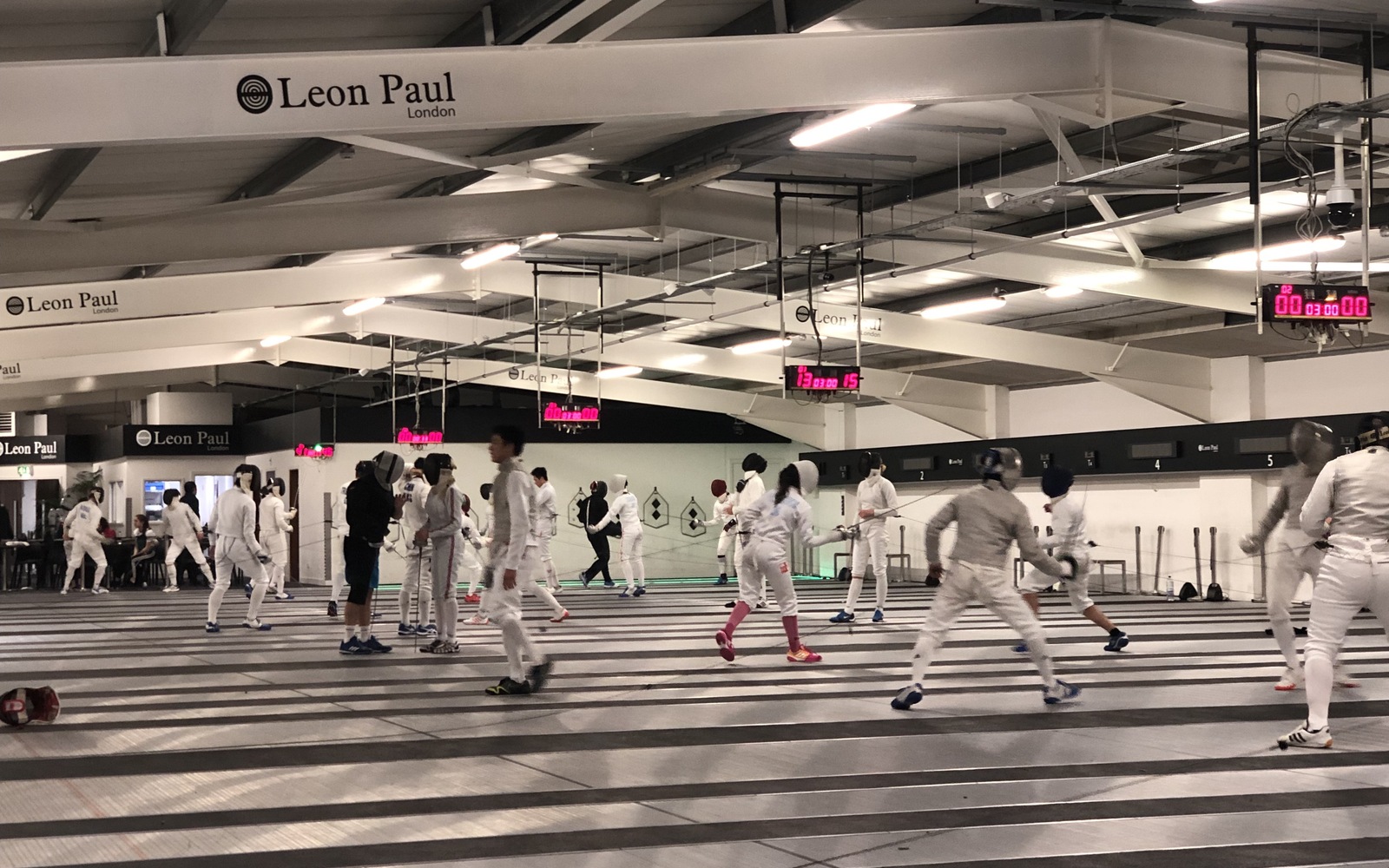 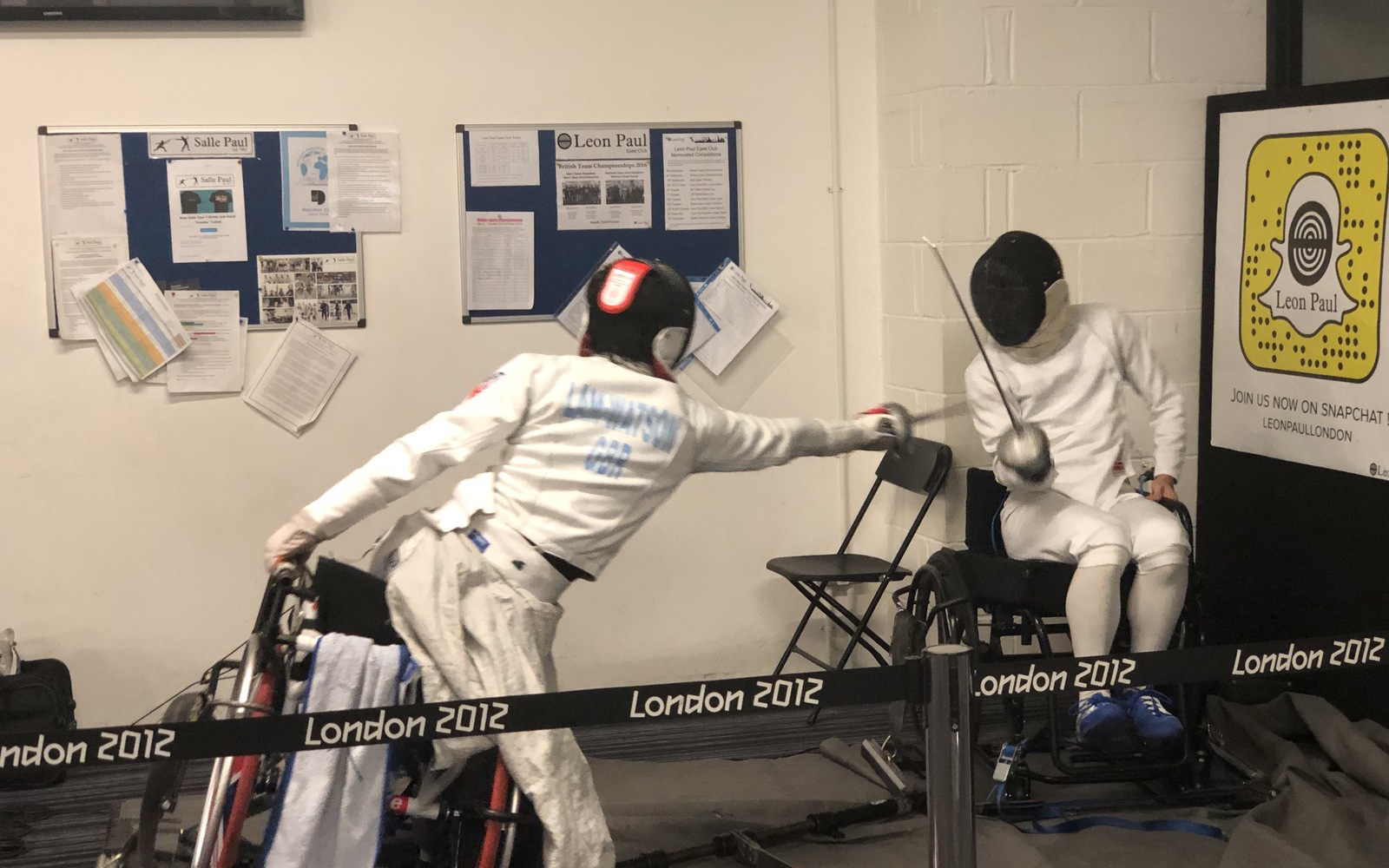 Fencing at the centre of Olympians

(Scroll down for image gallery)

Going on my various expeditions, has fired my desire to learn new skills that will keep me fit and healthy.
Since having a mid-Atlantic taste of fencing on board the Queen Mary 2, I decided to pursue it as my possible future hobby.
I was fortunate to locate a place in North London – the Salle Paul Centre - designed by Olympic fencers that is renowned for its state-of-the art foil, sabre and epée equipment and features 24 full-length fencing pistes.
This is where the professionals come to train, so I knew I’d be in good hands, as well as good company. 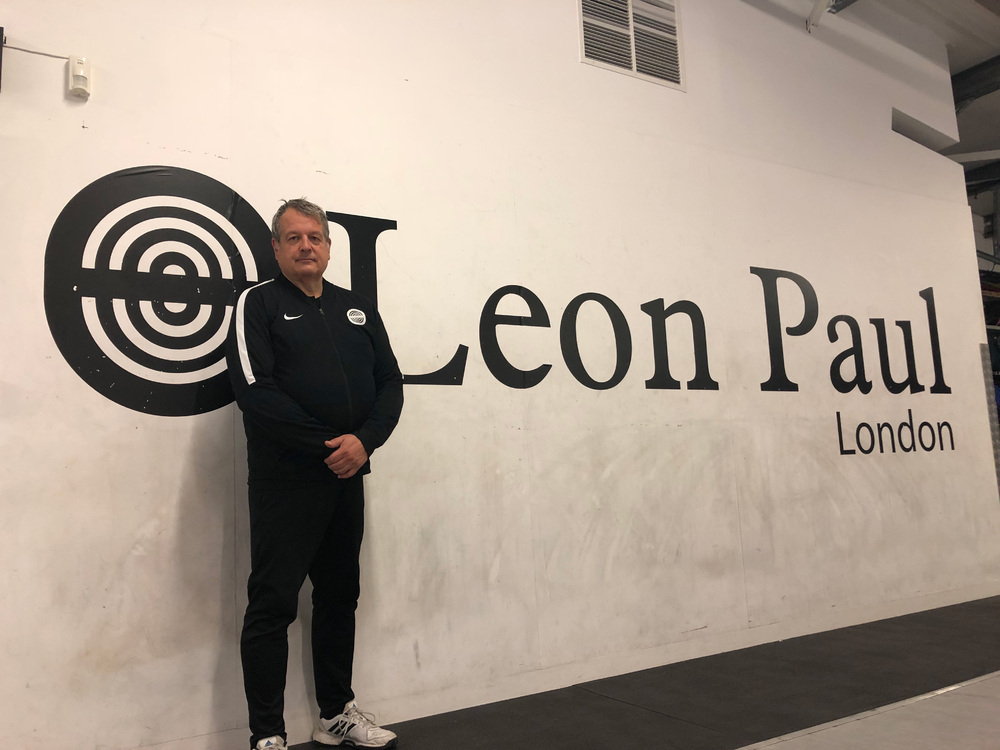 The centre is managed by the delectable Anthony Conyard. He is funny, delightful and an Olympic veteran fencer who has fenced for England and won all three medals (gold, silver and bronze) in the Veterans Commonwealth Games 2014!
Anthony has been fencing since the age of 13, then like most teenagers moved onto other things. He made a conscious decision to return to fencing at the ripe young age of 45, due to him

needing to be fitter and live a healthier lifestyle. He is now 61 and regards fencing as “Keeping the brain cells going, it’s known as chess on legs”.

I had the choice of trying a one-hour taster session for £15 but decided to embark upon the beginners’ course, which comprises of 4 weekly sessions each lasting 90 minutes and led by Anthony, costing £80 including the use of the equipment.
Everything is supplied for you, protective clothing (including breast plates for ladies), head gear, gloves, electrical point scoring leads attached to your clothing (trainers, jogging pants and t-shirt are recommended) and your choice of weapon (depending on what type of fencing you’ve chosen to learn and master).
I chose the style foil fencing, as that was my first initial learning experience and it reminded of the swashbuckling sequences in the various films featuring the three musketeers.

Now, I’m not going to lie, the first time entering a fully-fledged professional fencing setting can be very daunting but don’t let that put you off.
Anthony immediately knows who the fresh faces are and aims to get you settled in super quickly.
On the first session, he explains the history of fencing and why it became a sport. He talks you through the different types of swords, the health and safety pointers and then puts you through the warm up paces and drills of moving your feet. Before the end of the session you will know the ‘en garde’ position, the parry, reposte and lunge attacks and practice them against other novices. In week two you learn the parry and the octave and weeks three and four comprise of practicing and building on your skills.

Now that my four-week beginners’ course is over, I am now ready to move onto attending the weekly fencing social club, every Wednesday. There, I can fence with others and build a social network, as well as have fun continuing to develop my fencing skills. I can rest assured that I will continue to receive training from Anthony, as he oversees these sessions. The cost is £40 per month, which still includes full use of the equipment and clothing.

The good thing about this centre is that you are not tied in for six months or a year but on a monthly basis, giving you the option to leave at any point. If you are going to commit long term, then you are advised to buy your own glove and then build up your equipment as you proceed.

Despite being a novice to begin with, this activity truly does engage the mind (as you have to try and outwit your opponent), as well as toning up the body, using muscles you may have forgotten about.

Fencing at Salle Paul - Leon Paul Centre is for everyone! What I most liked about the centre is that it caters for all ages, and people with disabilities as well those with non disabilities. This is definitely the place to learn the art of fencing, so I dare you to give it a go!

Have you tried fencing or taken up something you’ve always been fascinated to learn? Let us know…
sallepaul.co.uk