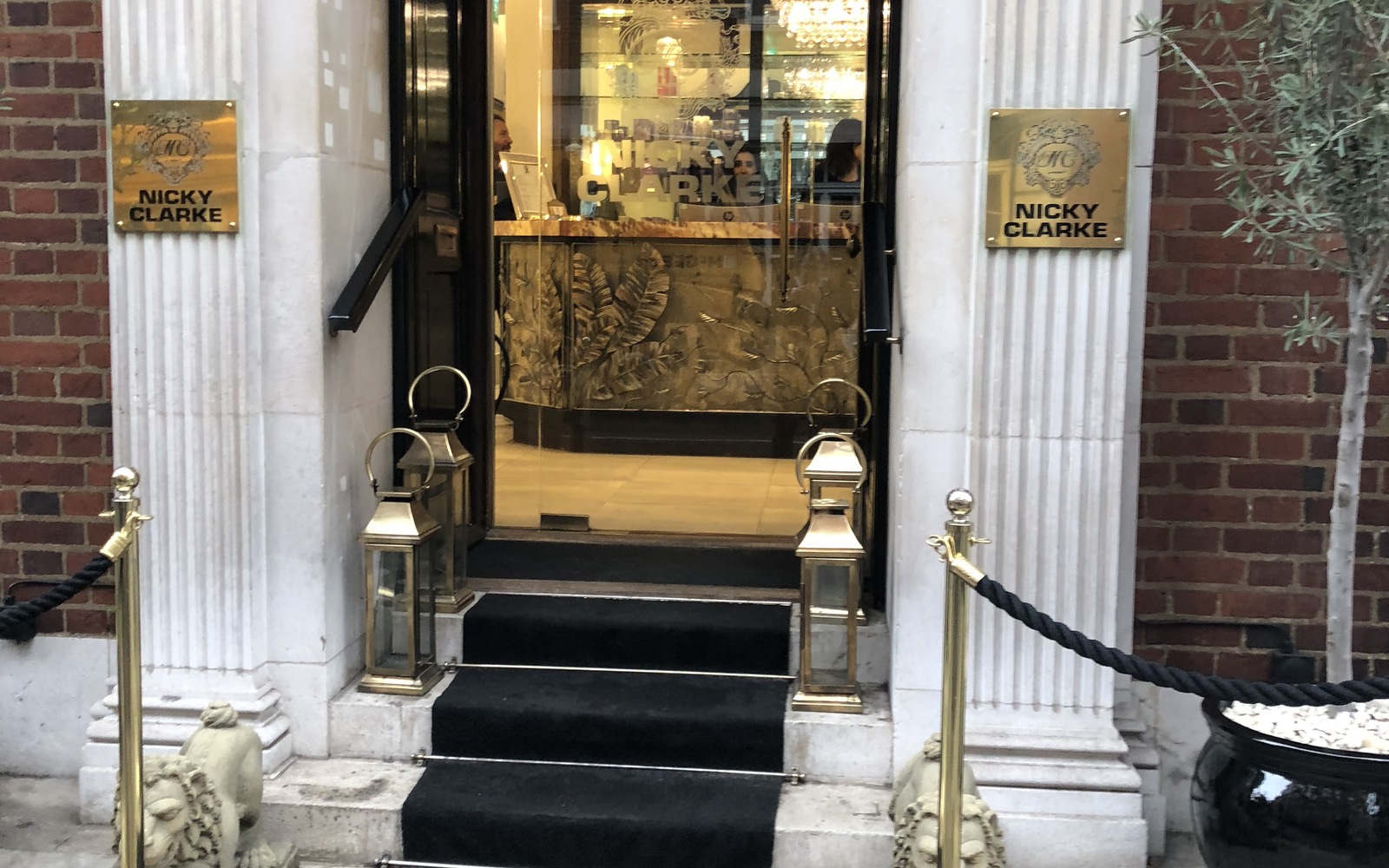 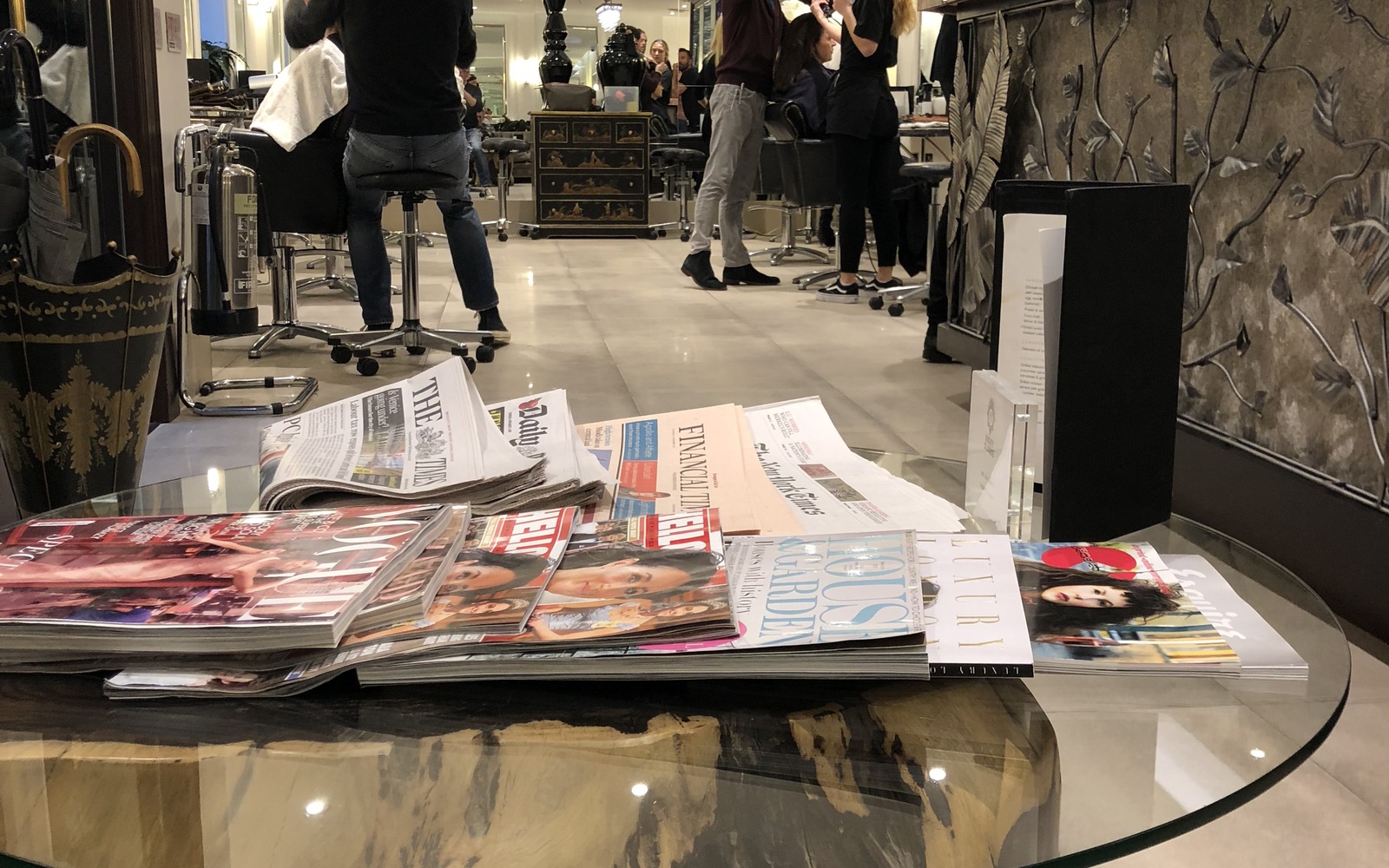 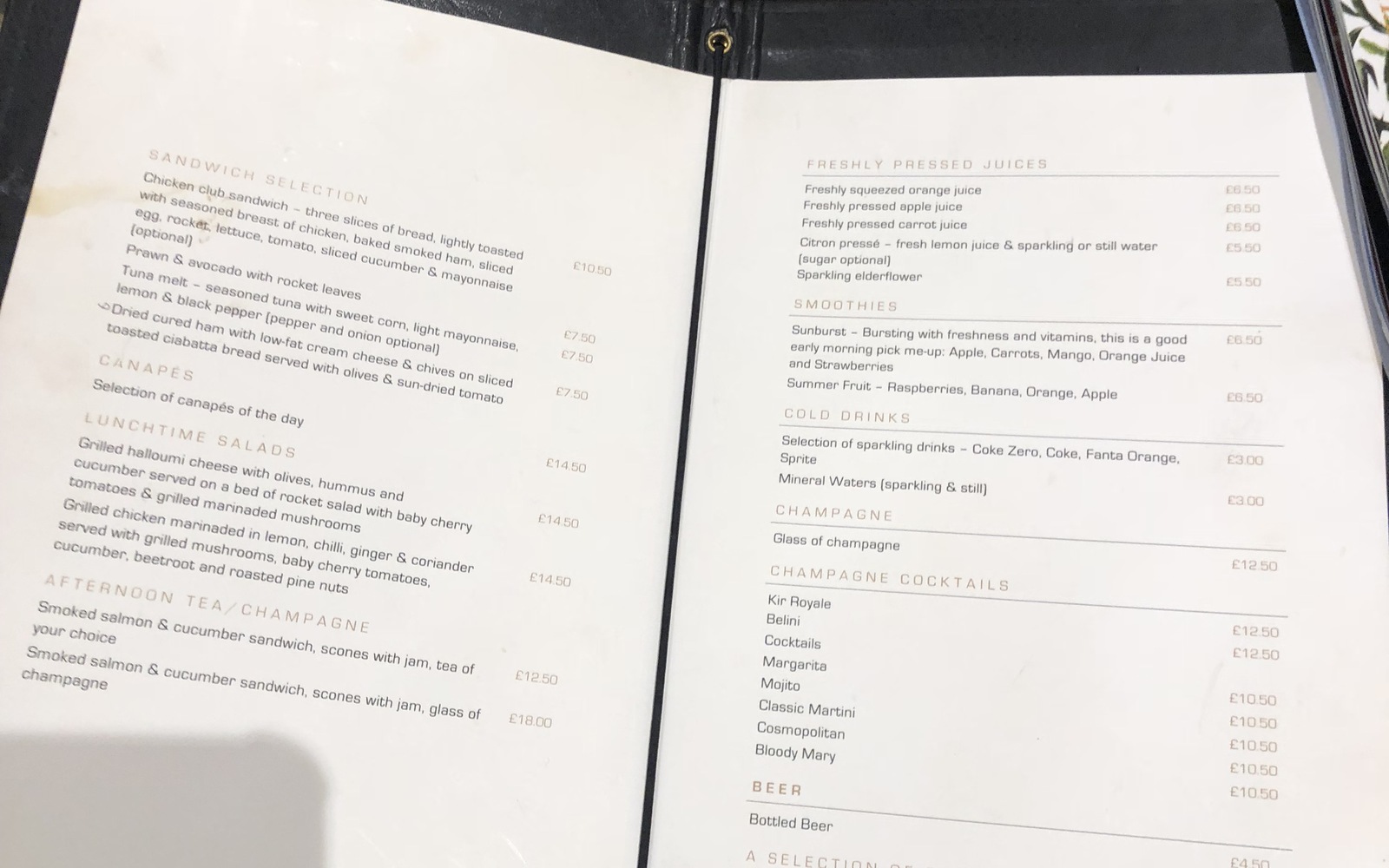 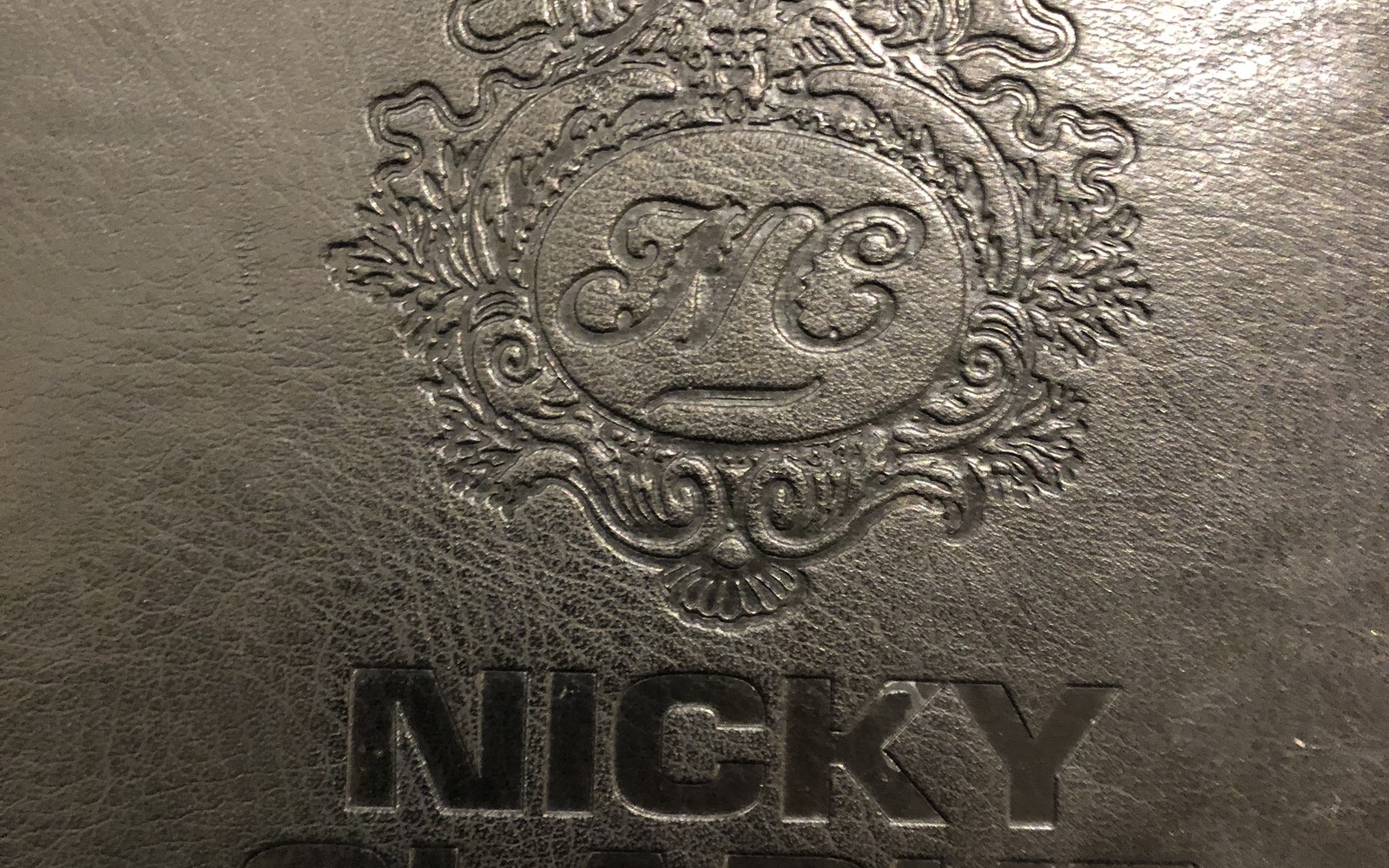 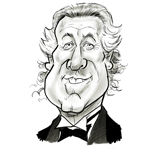 Earlier this month, I got my hair cut by celebrity hair dresser Nicky Clarke.

While it was always my intention to write a review, I always think the best time to judge a haircut is not on the day, but rather a few weeks later, once it has had time to settle.

Nicky is in demand and if he has not cut your hair before, it will cost £350 for the privilege. 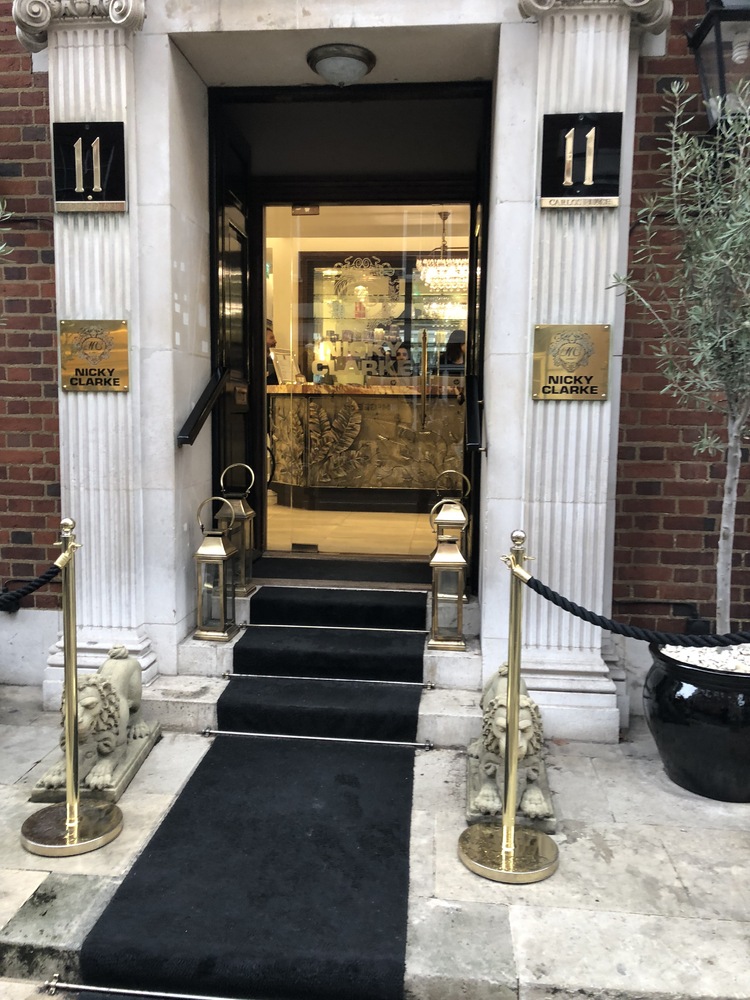 The Salon in Mayfair is well presented and bustling with customers willing to pay for the Nicky Clarke Experience, be it from Nicky personally or from one of his qualified team. One advantage you do get over just getting a cut is the opportunity to discuss your hair with an expert who really knows his stuff.

Arriving on time, he was running over an hour late. While I was waiting, I was offered a cup of coffee which I accepted. However, I did not realise, I would be charged £3.50 for this, something I found somewhat galling as a. I have never been charged for a cup of coffee in a salon before; b. I was not told there was a charge and c. the only reason I had a cup of coffee was Nicky was running late. Very Uncool… 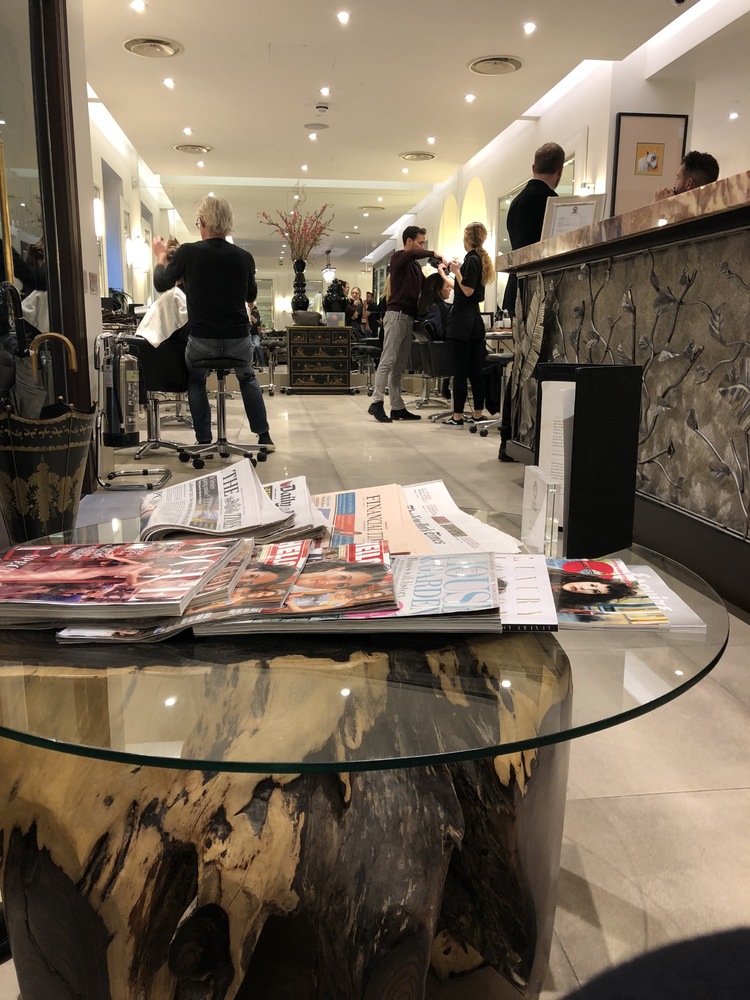 In comparison, Ruffians, a men’s chain of salons that I usually attend, does not charge for coffee, nor whisky, beer, rum, soft drinks – I think you get my drift. A haircut there is £55 and they can absorb that cost as part of their service, so I find it amazing that when paying £350 for a haircut, coffee is an extra.

When Nicky got to me, he remembered that we had previously met at a charity function where I had underbid for a cut in a charity auction. He had suggested he cut my hair anyway, an opportunity I took up as part of my midlife makeover.

Nicky clearly understood both his business and his craft. Having somewhat wild and curly hair which I tend to wear longer than the norm, he decided to layer it in order to keep some length. While the cut actually does look good, he cut it shorter than I wanted (ski season is coming and I don’t want a frozen head!) It will grow but it did take the edge of what could have been an extraordinary cut. However, I have been complimented about the cut so maybe I should concede to the expert.

Would I go back? To be honest I’m not sure.

If I do, as a returning client, the price drops to £250. It might be a small thing, but the coffee issue really does grate. What would have been a good experience that would have got me to return without question, has me questioning whether I will, all because of a £3.50 cup of coffee. When a business does this, I think it does itself a disservice by being short sighted and greedy. The decision whether to return or not is based on a distraction rather than the service itself.