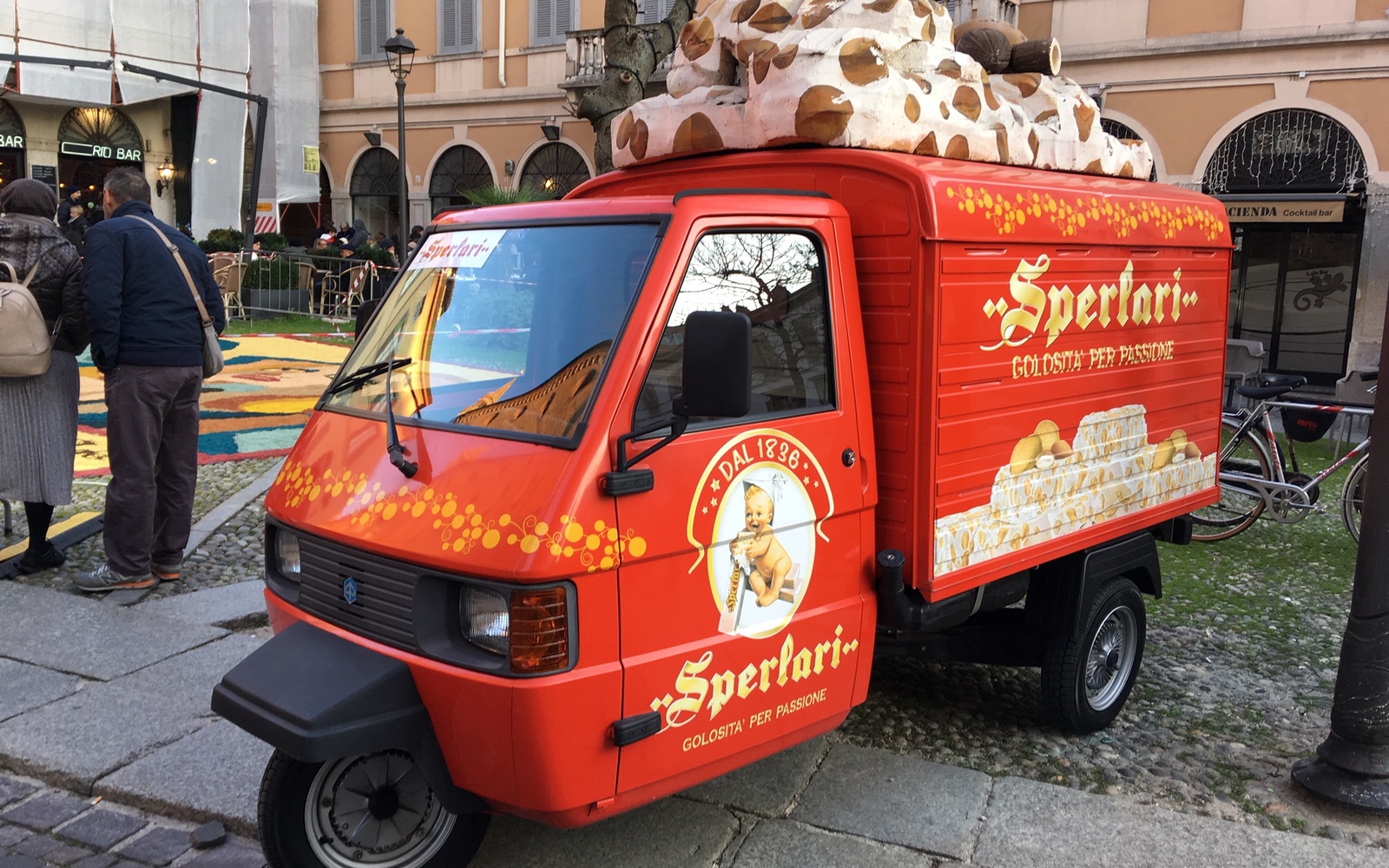 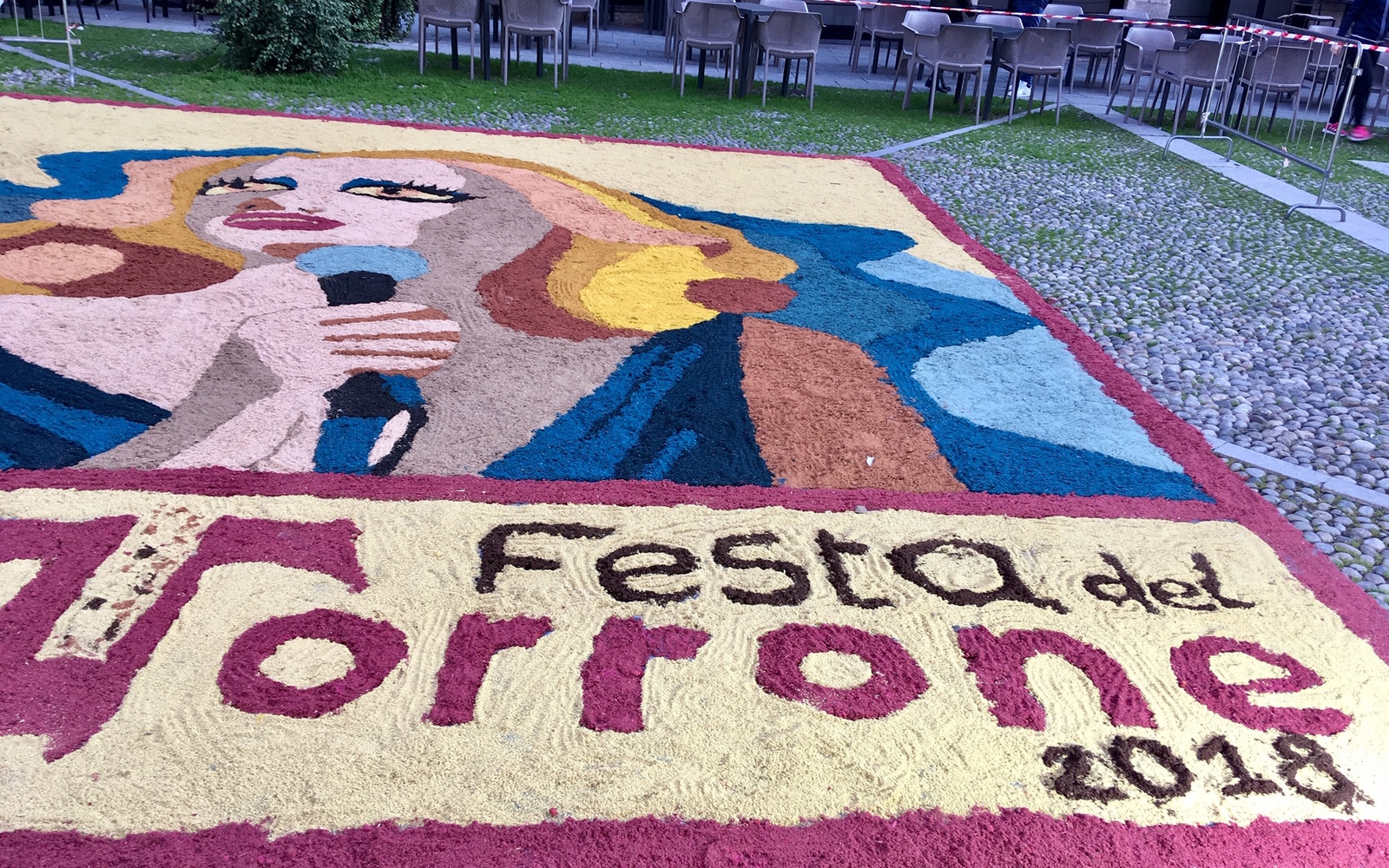 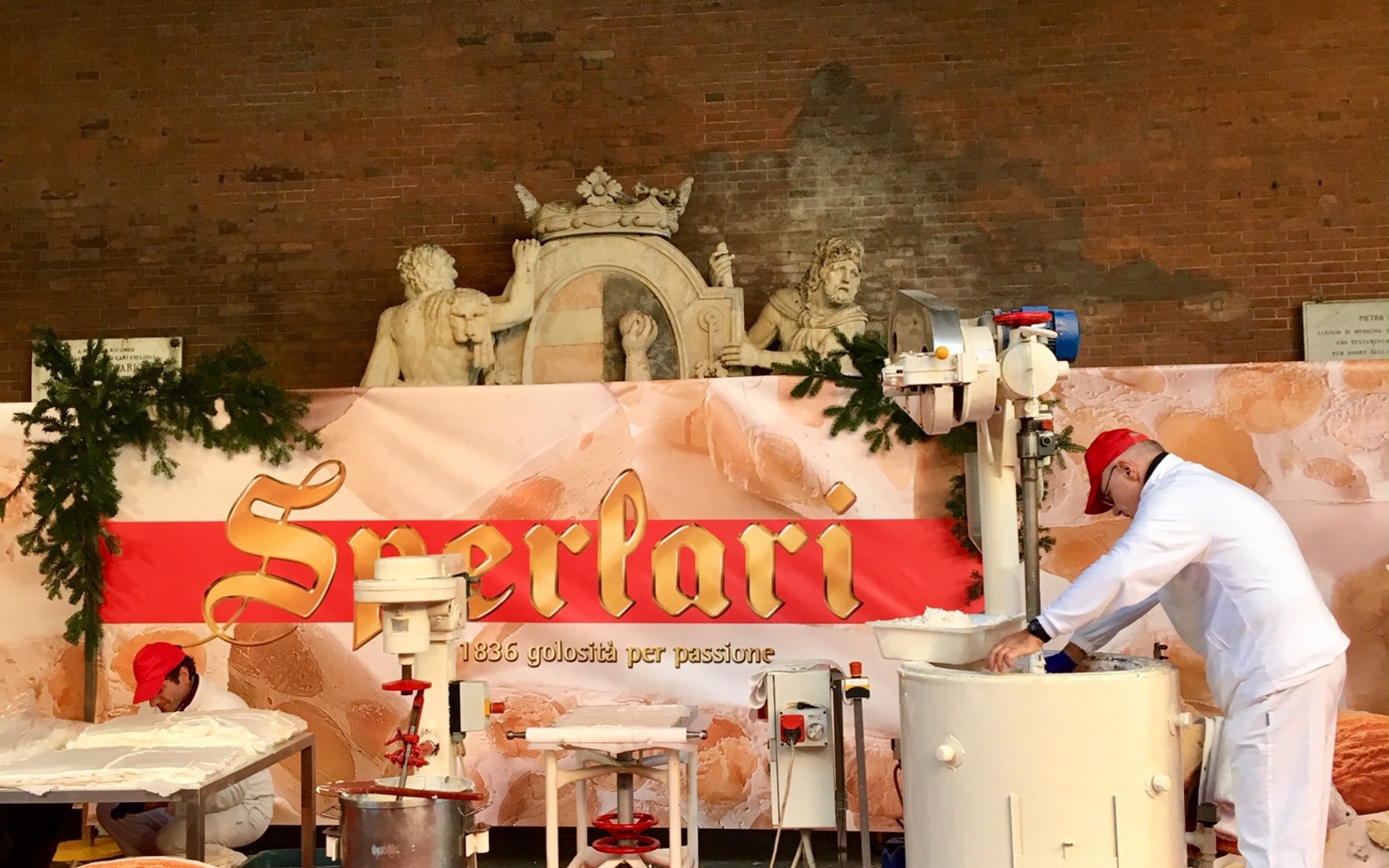 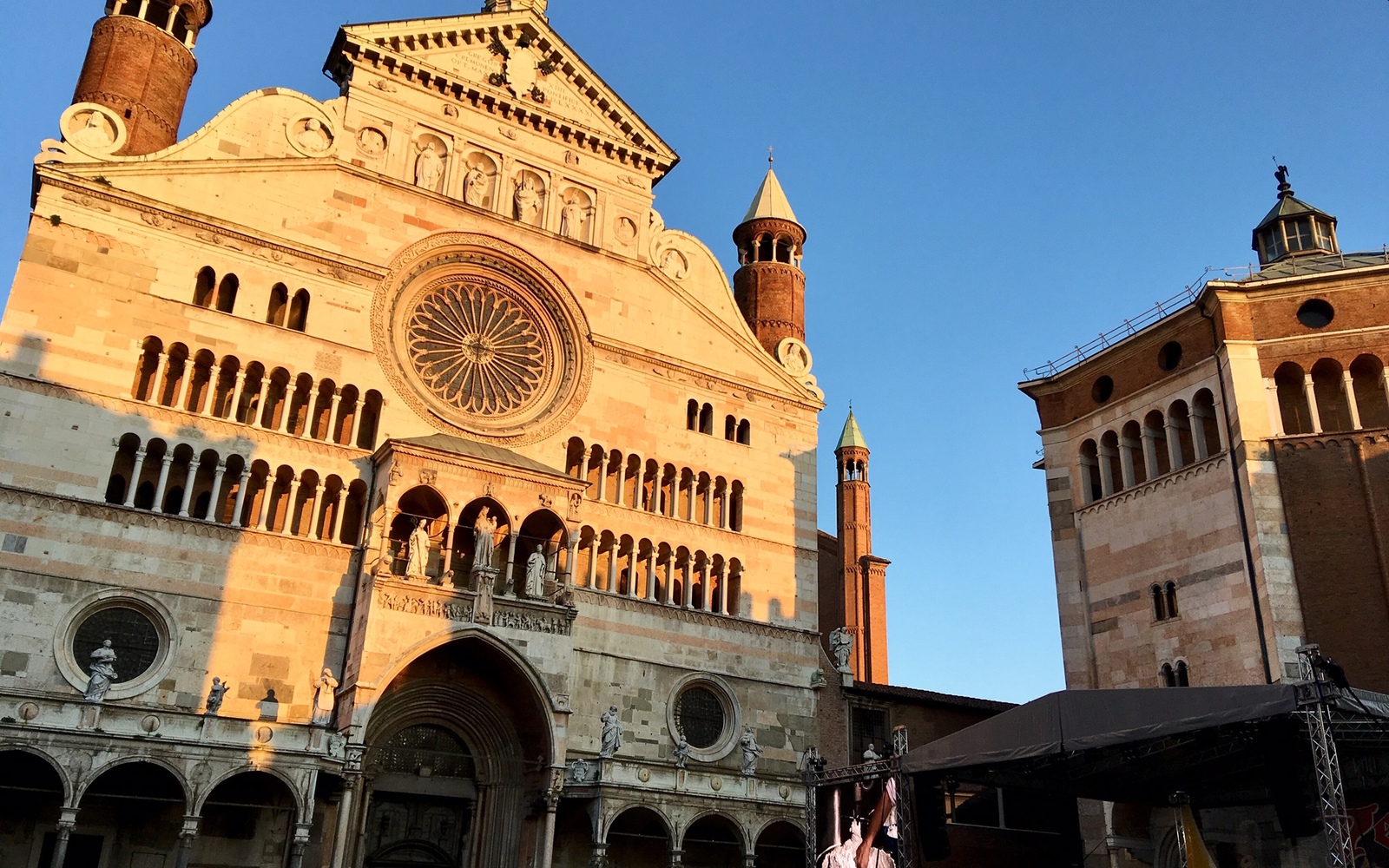 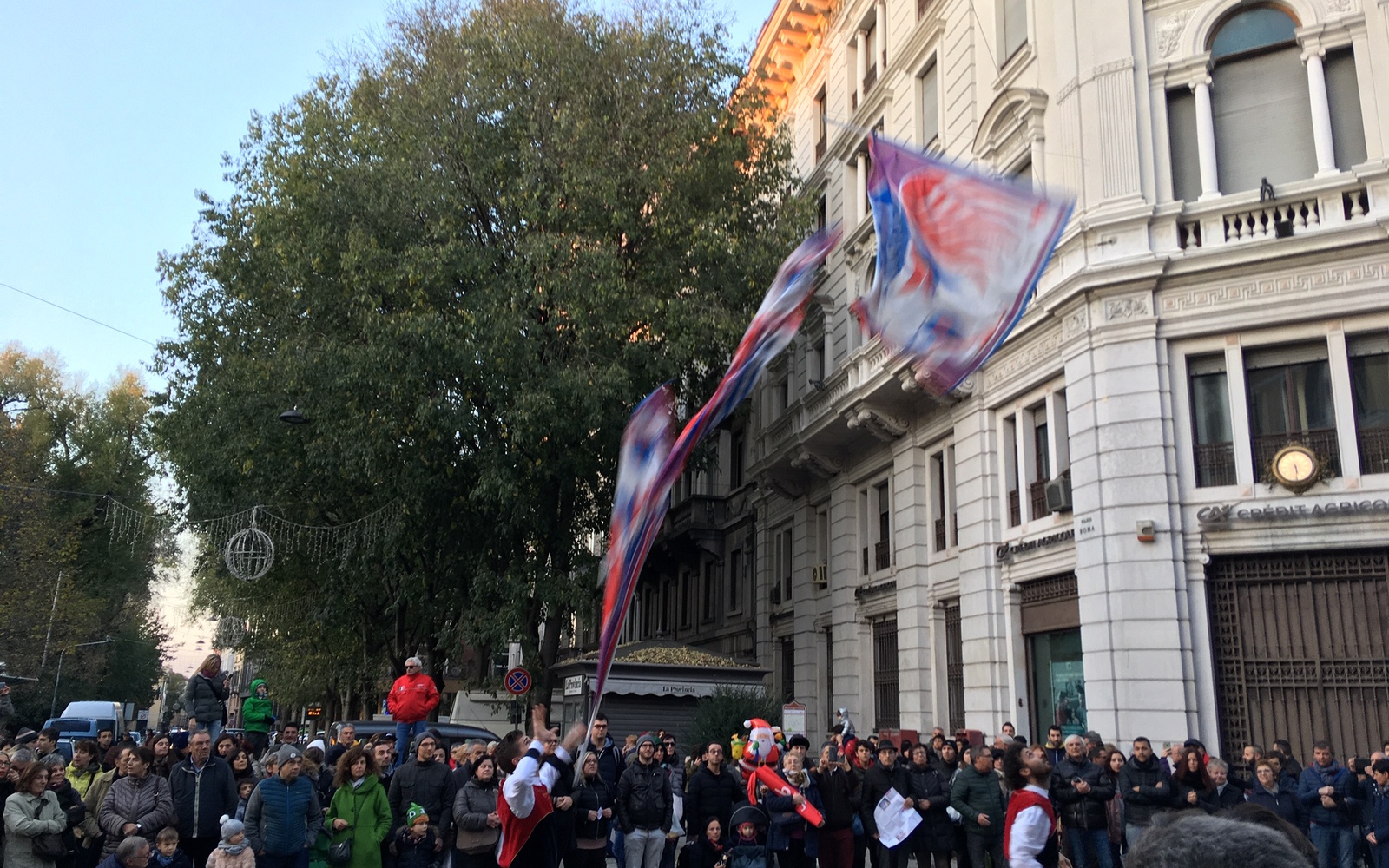 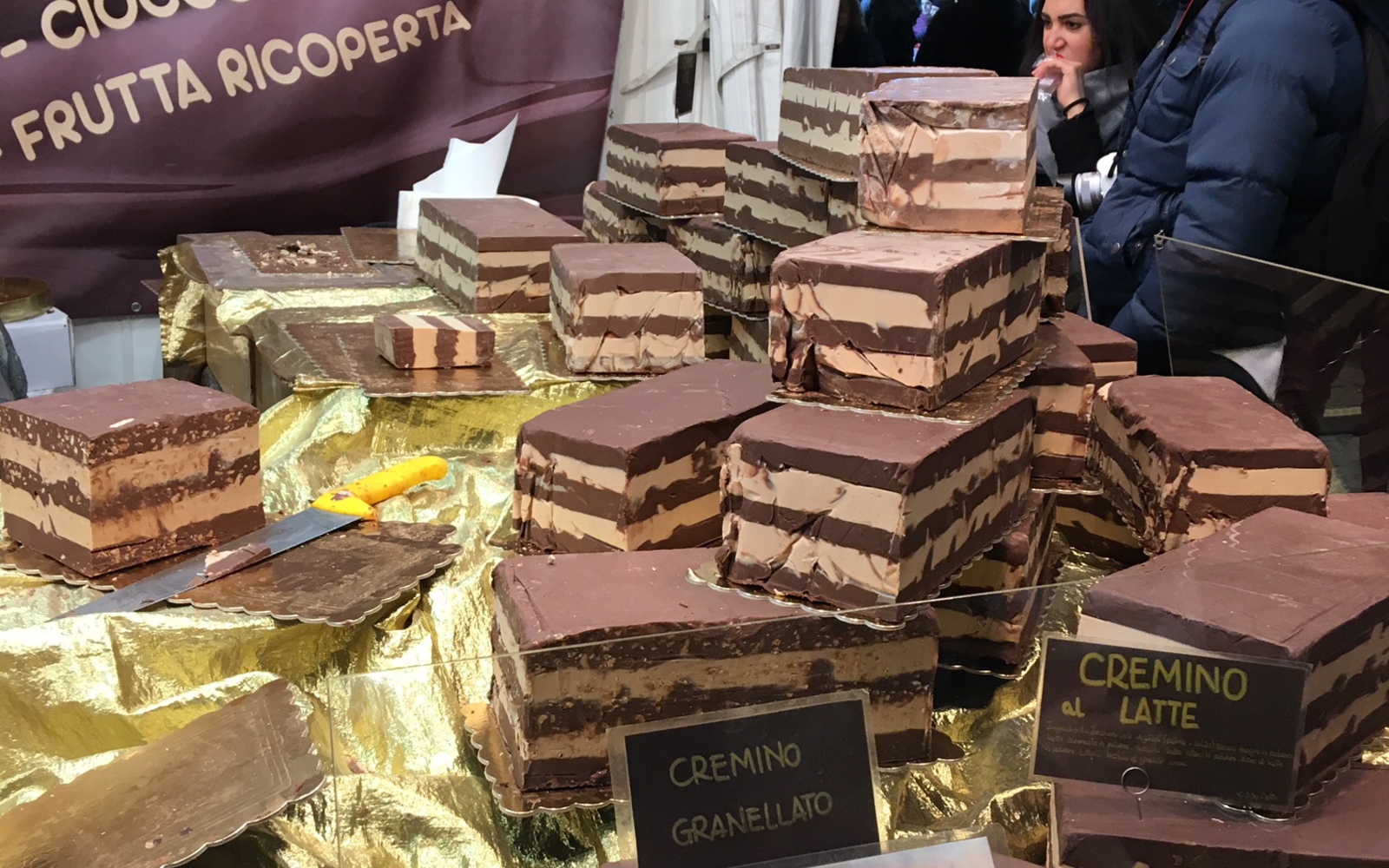 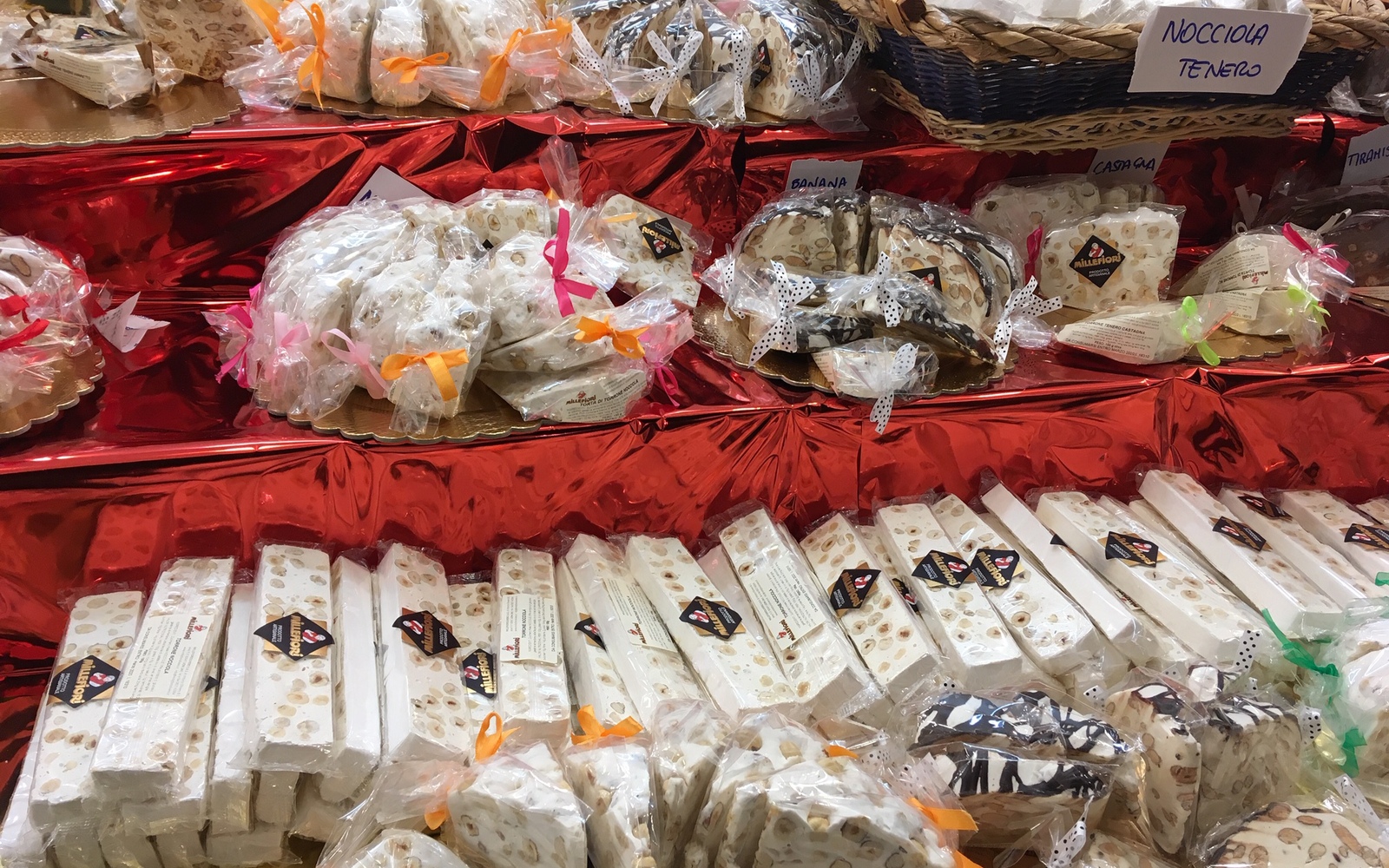 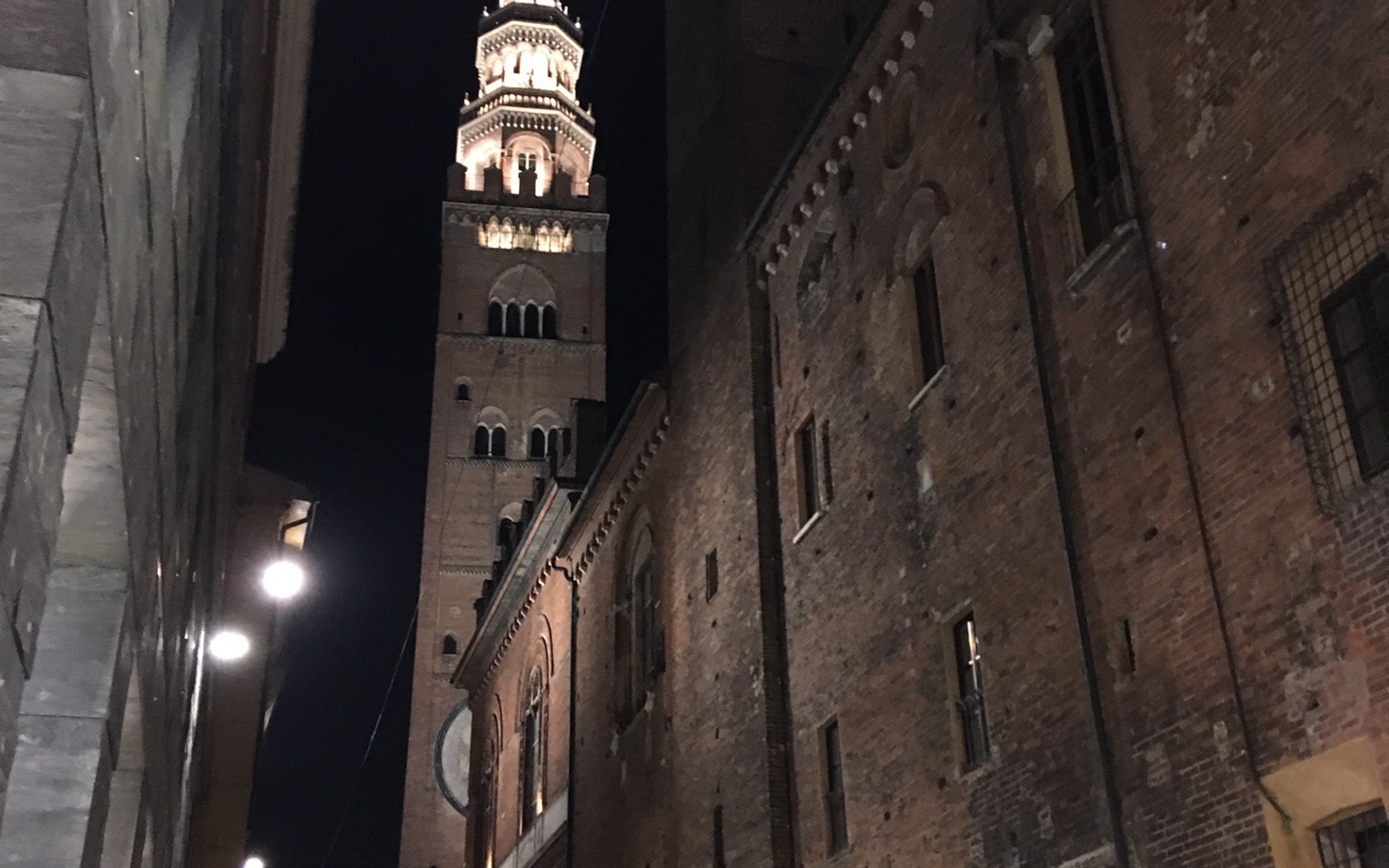 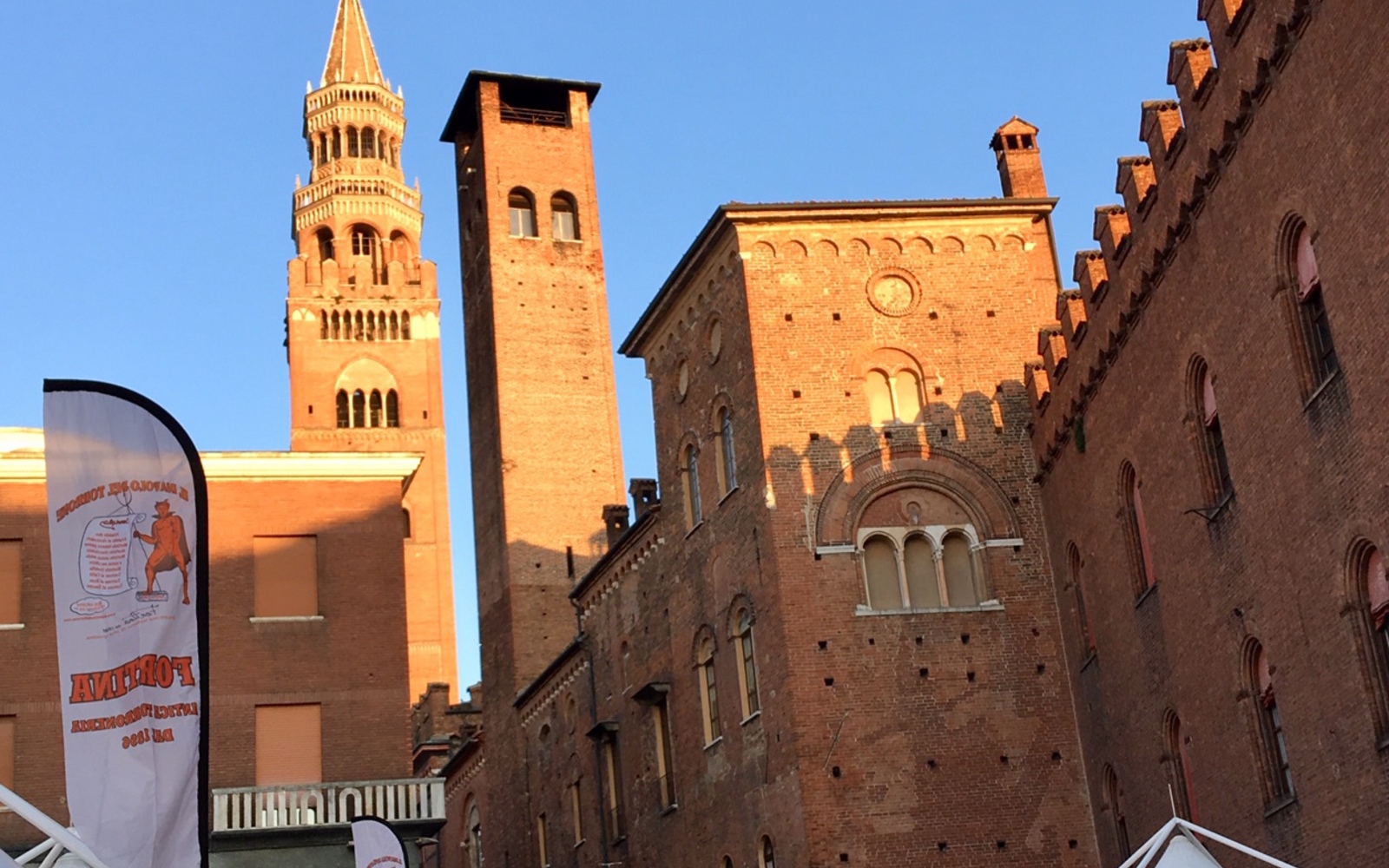 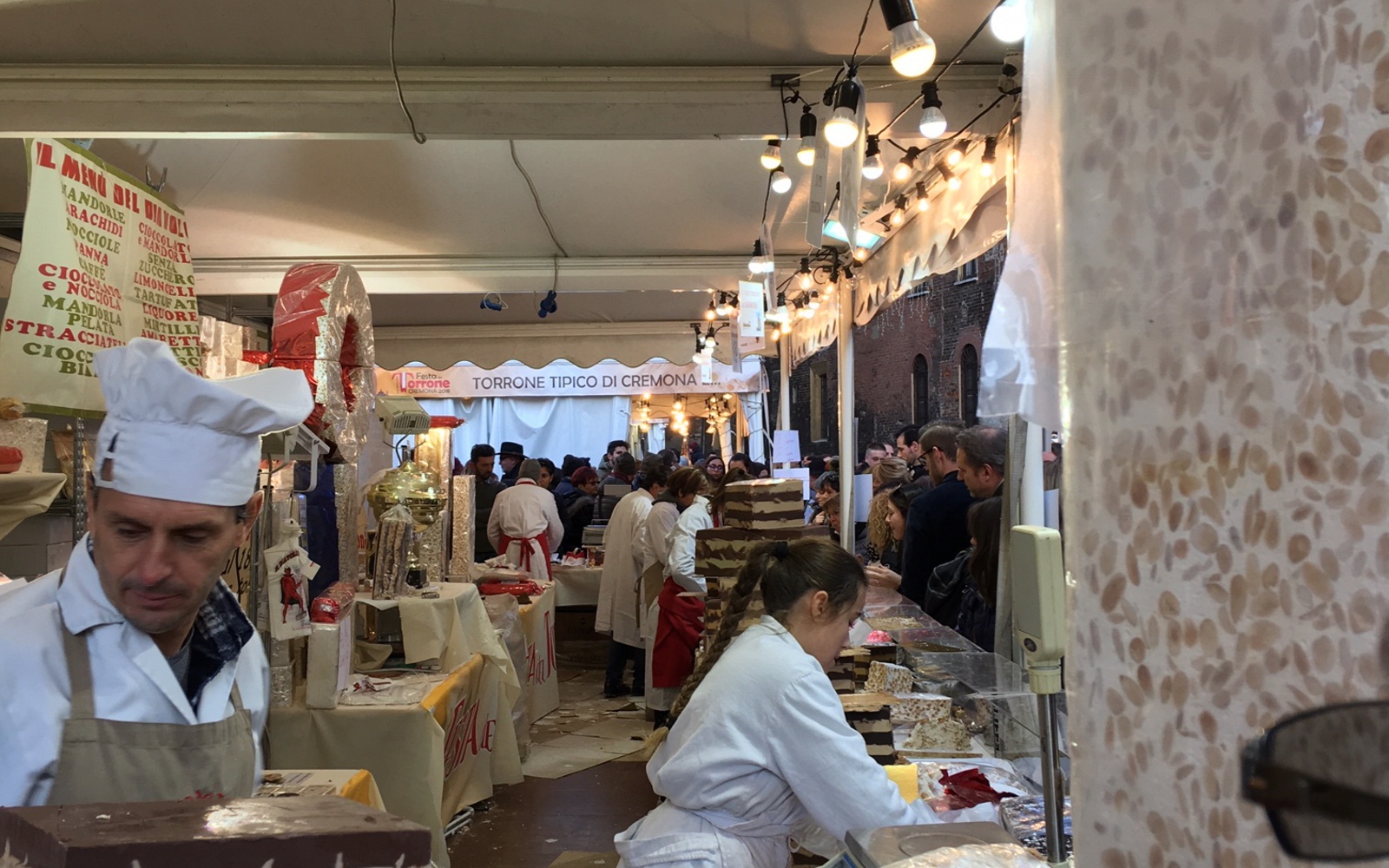 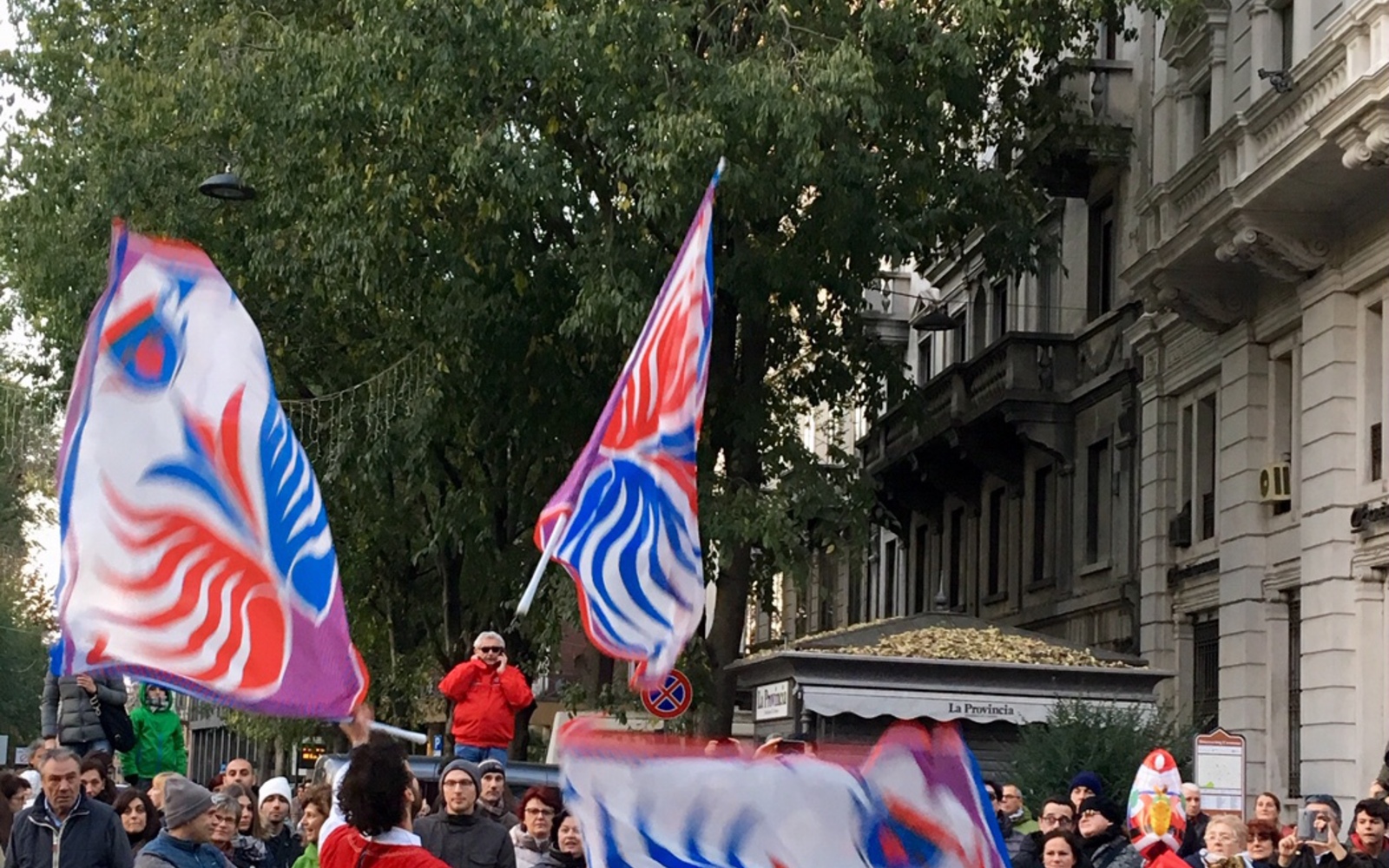 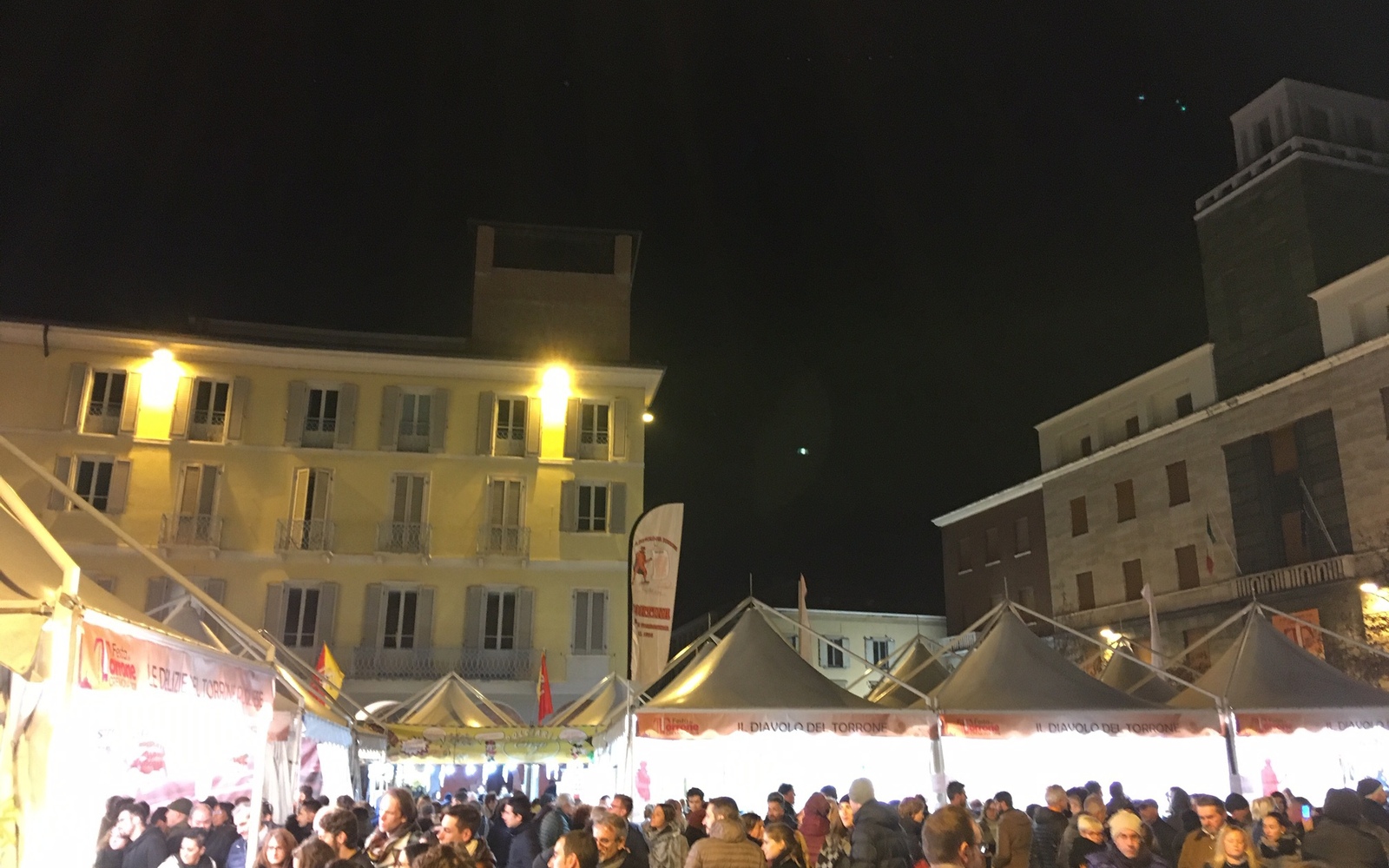 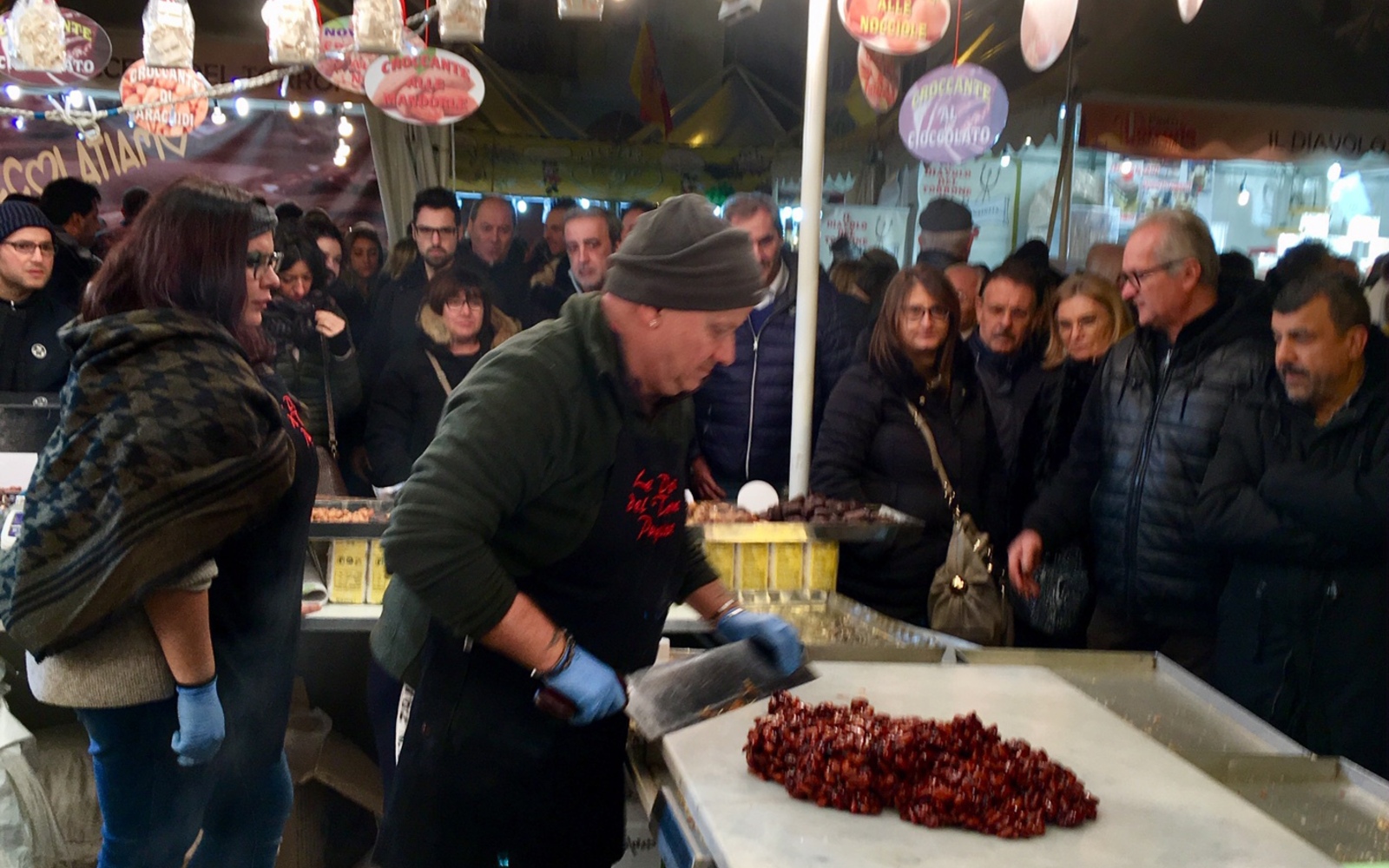 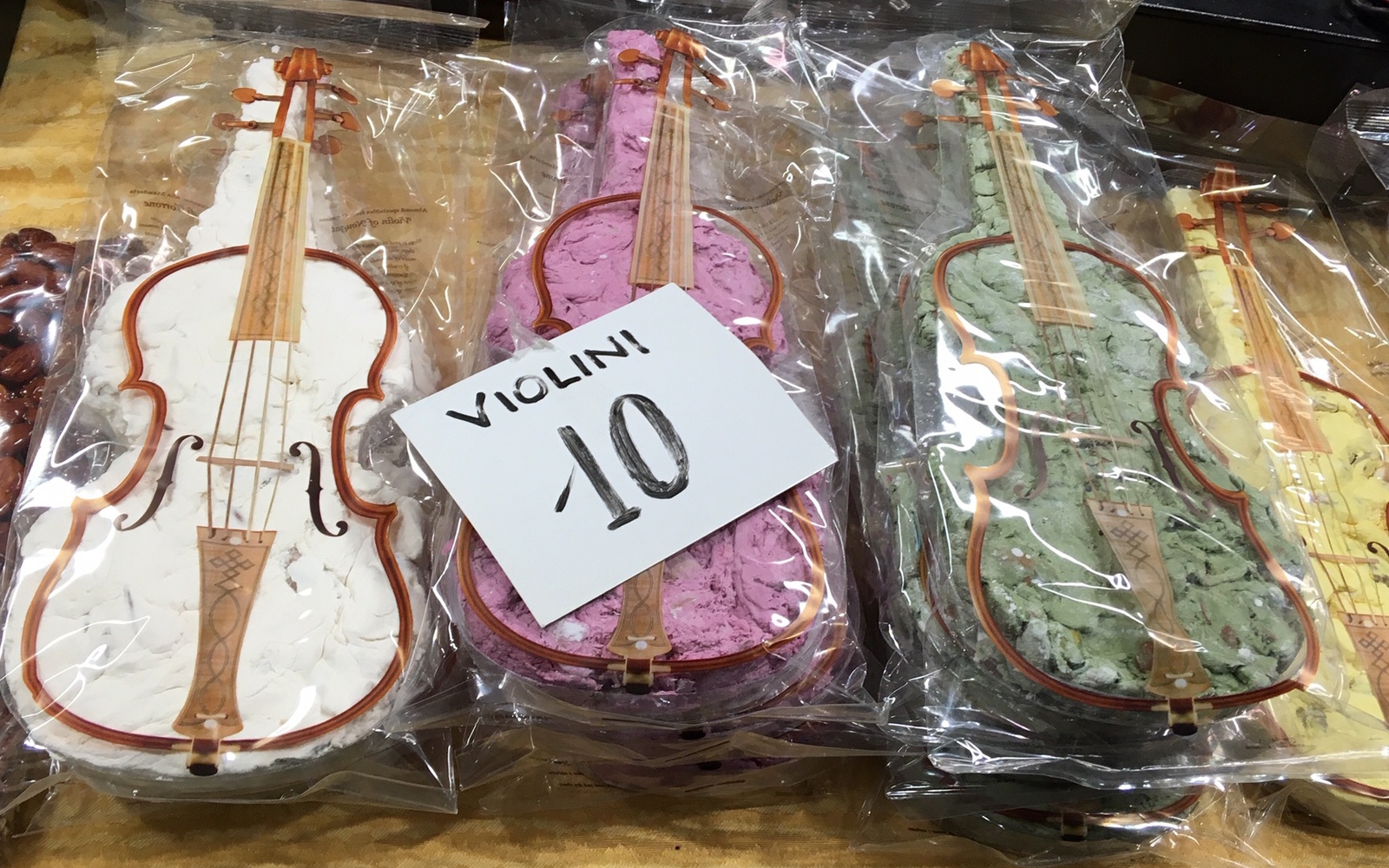 Italy enjoys worldwide fame for its gelato, but every November the Italians go nuts for nougat at a festival dedicated to the sweet stuff. 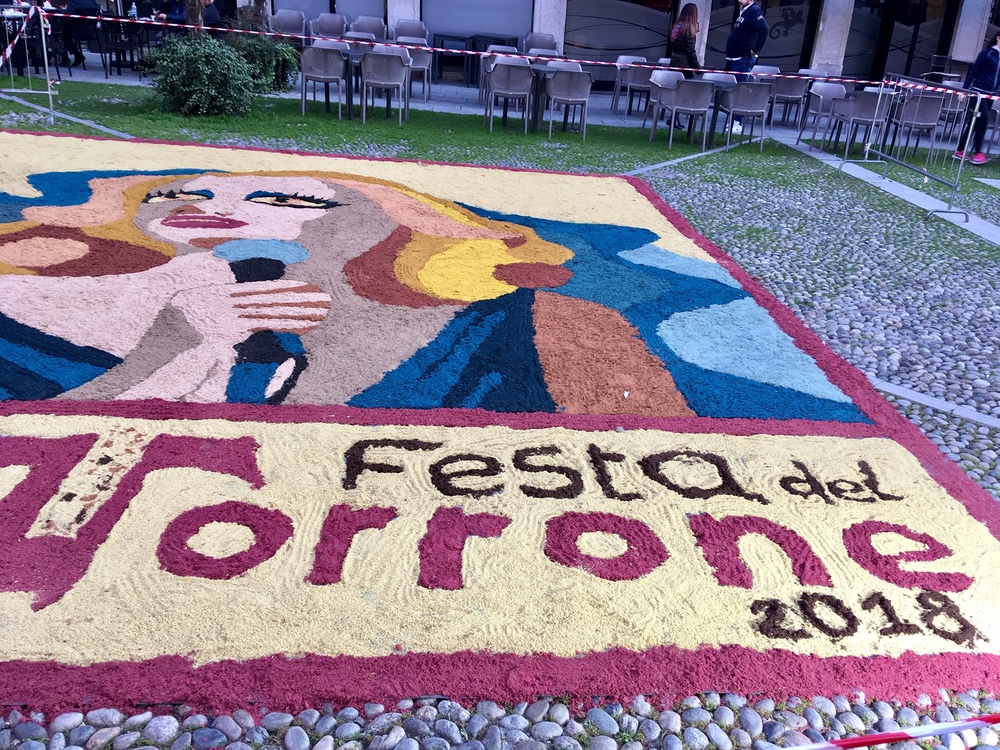 The first time I visited Cremona, a well-heeled historic town on the banks of Northern Italy’s River Po, I was struck by how quiet it was.

The picturesque ‘centro’ seemed to be a tourist-free zone, despite its stunning Cattedrale backdrop and history (including being the birthplace of the Stradivarius) more than rivalling that of the more famous Sienna.

Fast forward to a chilly November weekend and it was a different story: crowds of puffa-jacketed Italiani thronged the strade e piazze, not to marvel at the architecture but a man-made wonder of the digestible kind: sweet, sticky nougat.

This Italian festive favourite is celebrated in the city with its annual ‘festa de torrone’, bringing a little light to a cold, grey November weekend. The town’s public spaces were crammed with row upon row of stalls piled high with nougat – from classic almond to chocolate, strawberry and, being Italy, tiramisu and limoncello, in the form of bars, cakes and even violins.

Dozens of torrone makers were represented, from the great Cremonan producers – Sperlari, Vergani and Rivoltini - to artisans from all over the country. Some sellers demonstrated the nougat-making process churning the nougat with on-site mixers, then rolling the mixture into sheets for cutting. This seemed to fascinate the visitors as much as the tasting – sadly, every sampling tray was empty when I approached, so had to satisfy my craving with a 1Euro nougat lollipop which were also proving popular.

Cremona is THE Italian nougat capital. Legend has it that the confection first appeared in the 15th century at the wedding banquet of Bianca Maria Visconti, daughter of the Duke of Milan, and Francesco Sforza. The court’s pastry chefs were tasked to create a new cake for the occasion and the result was a dense dessert made from honey, almonds and egg whites, fashioned in a long rectangle to resemble the city’s bell tower or torrione, hence the name torrone.

The wedding itself was held in Cremona’s main square and lasted for three days and nights. A re-enactment of the celebrations is now the centrepiece of the festival – although a much shorter version! This is the culmination of a historic parade featuring energetic drummers, flag dancers, jesters and the knights and ladies of the court, which winds through the streets and the crowds.

The sounds of drums and chanting filled the streets, vying with the stall-holders’ cries until reaching the main square or Piazza del Comune where local bands were entertaining the enthusiastic throng with classic Italian pop, the cacophony respectfully falling silent in time for the 6pm Mass in the Cathedral.

The 2017 Festa attracted over 300,000 visitors who bought 80 tonnes of torrone. Judging by the bulging paper bags clutched by shoppers, they were well on the way to exceeding that amount this year. I duly did my bit, although my haul was limited by my hand baggage allowance…probably just as well!


NDY Tip
Cremona is located in the province of Lombardy, about 85 m south east of Milan, making it an ideal ‘add-on’ to a long weekend in the city or the Italian lakes. Fly to Milan-Linate or Bergamo airports.