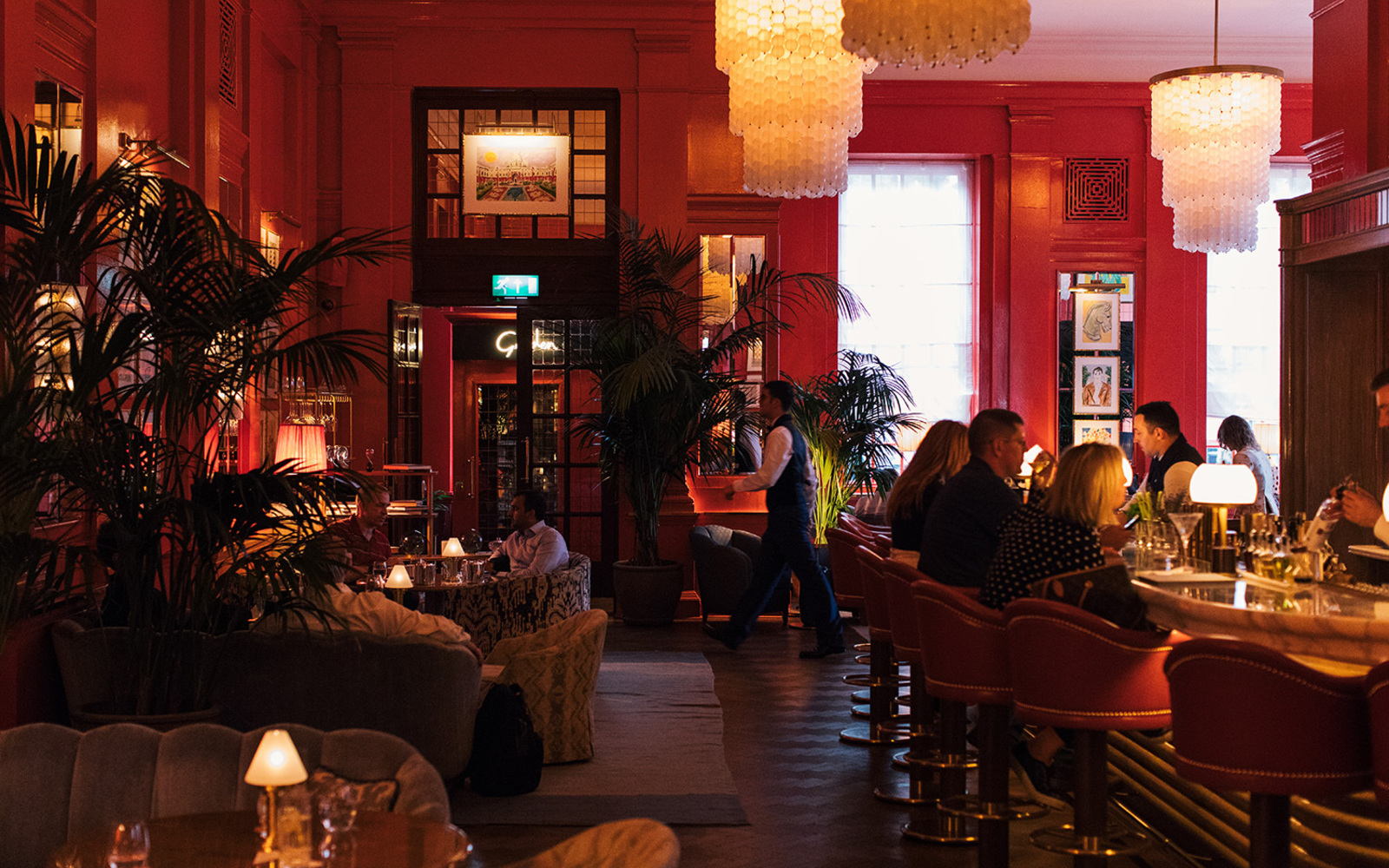 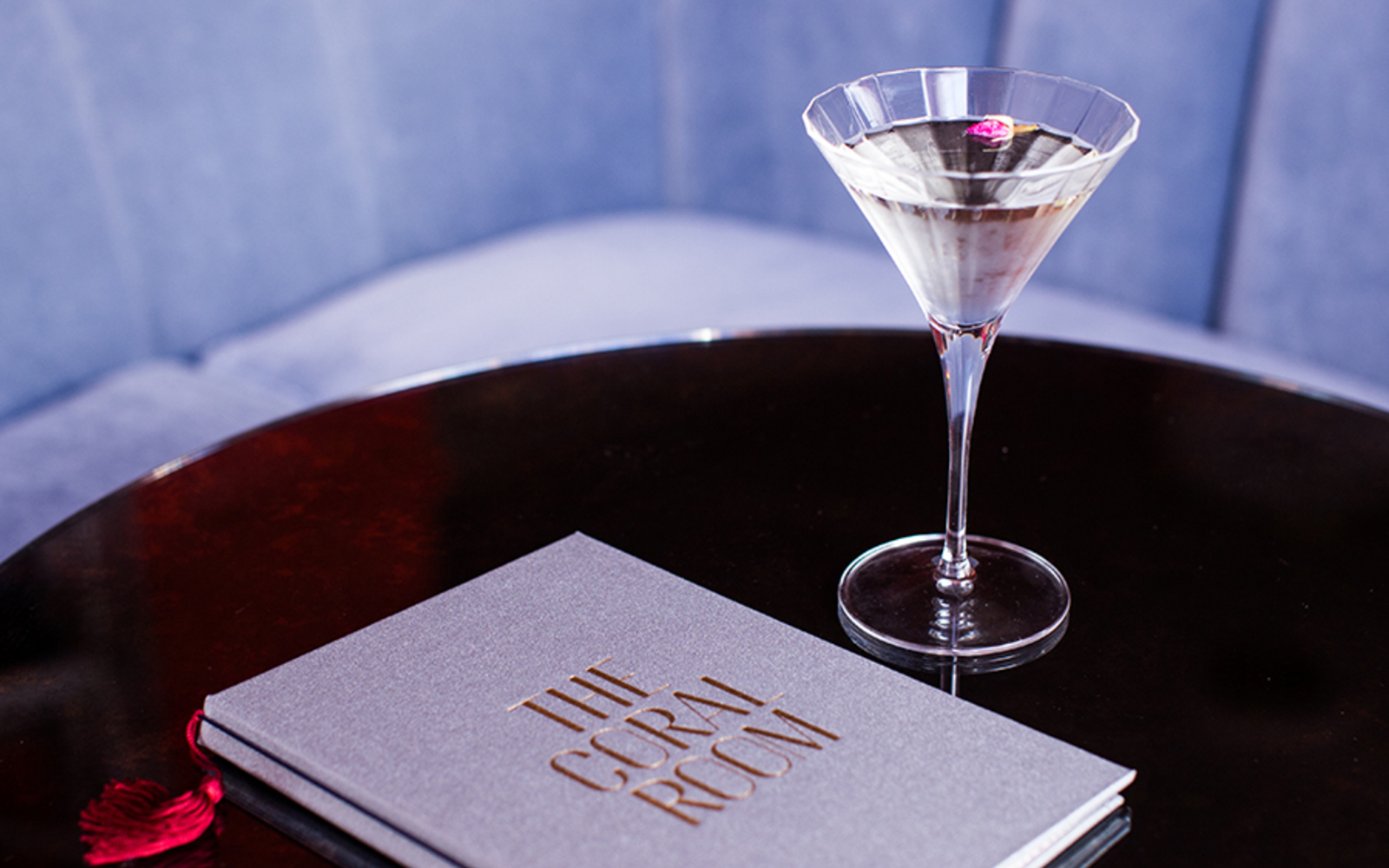 Cocktail Hour at the Coral Room

Coral is the colour of 2019 according to the fashionistas and A-listers.

What better way to be ‘on trend’ (without facing the scrum of Zara) than to indulge in a civilised cocktail or two at the Bloomsbury Hotel’s aptly-named Coral Room which is celebrating the anniversary of its transformation from ‘pass through’ lobby to
glamorous salon bar.

As a South West Londoner, I don’t often stray out of the SW postcodes, when it comes to nightlife. However, a recent meeting with friends from the North East (Highbury, not Newcastle), took me to Bloomsbury, last known to me some (whisper it) 20 years ago when I was a London University student and would visit ULU, the Renoir cinema and, very occasionally, the library at Senate House.

Long the stomping ground of intellectuals, philosophers, writers and artists, most famously the rather racy ‘Bloomsbury Set’ – which included Virginia Woolf, EM Forster and Duncan Grant – the area has had a renaissance of late, with a flurry of new bars and hotels opening and others being revamped. The notorious Candy brothers even tried to give the area the moniker ‘Noho’ after the New York district, but this was firmly squashed by the Bloomsbury residents.

Designed by Martin Brudinzki, whose portfolio also includes the revamped Ivy and J Sheekey, the Coral Room salon has been restored its ‘Roaring Twenties’ splendour, with a twist.

The centrepiece is the marble bar, while the eye is drawn five Murano glass chandeliers suspended from the double-height ceiling.

However, the coral panelled-walls are the stars, provide a contrasting backdrop to the rich velvet scalloped-shaped sofas and potted palms – the Colonial feel and the vivid hue transport you to the sunnier corners of the old Empire…particularly after a couple of libations!

And what libations they are…English wines take centre stage, with no less than the produce of six smaller vineyards being showcased, including the Sussex-based Ridgeview Wine Estate’s ‘Bloomsbury’ sparking cuvée.

English sparkling wine also features on the cocktail list in creations such as the ‘rose blossom’ which combines the fizz with Tanqueray, Italicus, orange bitters and elderflower. It was delicious. So, I ordered another…well, it seemed churlish not to.

I was dining elsewhere but was tempted by the Cumberland sausage roll and the manchego cheese with truffle honey which featured as rather sophisticated bar snacks.

Although impeccably-presented and professionally-served by equally impeccably velvet-jacketed waiting staff, the prices are not as grandiose as the surroundings and central location may suggest.

On a Monday evening the atmosphere was buzzy but relaxed. It’s not a place to ‘be seen’ but rather enjoy the drinks and the company you’re with. The cosy corners allow for private conversations and even discreet assignations…well, as the saying goes of the Bloomsbury Set…they lived in squares but loved in triangles!