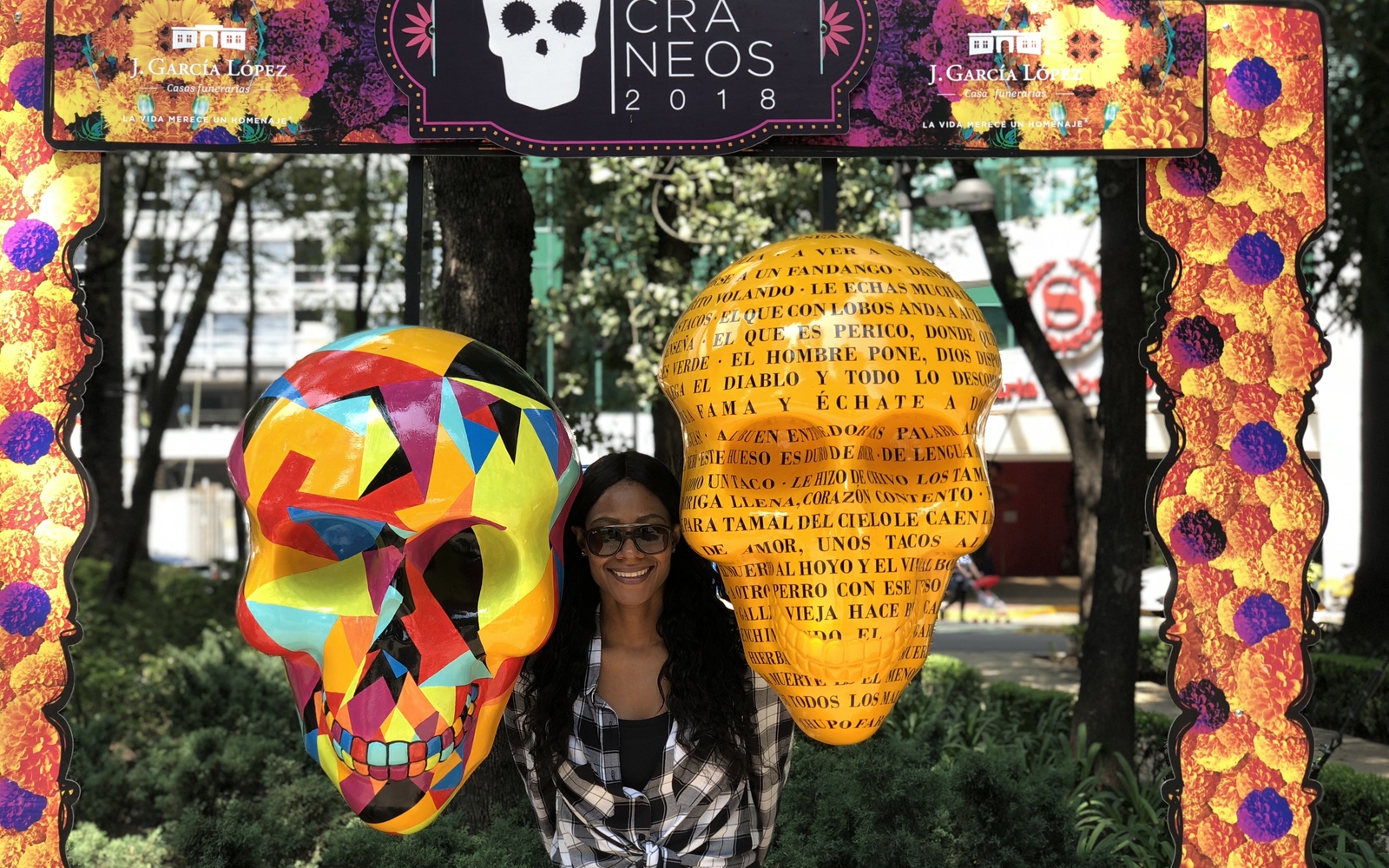 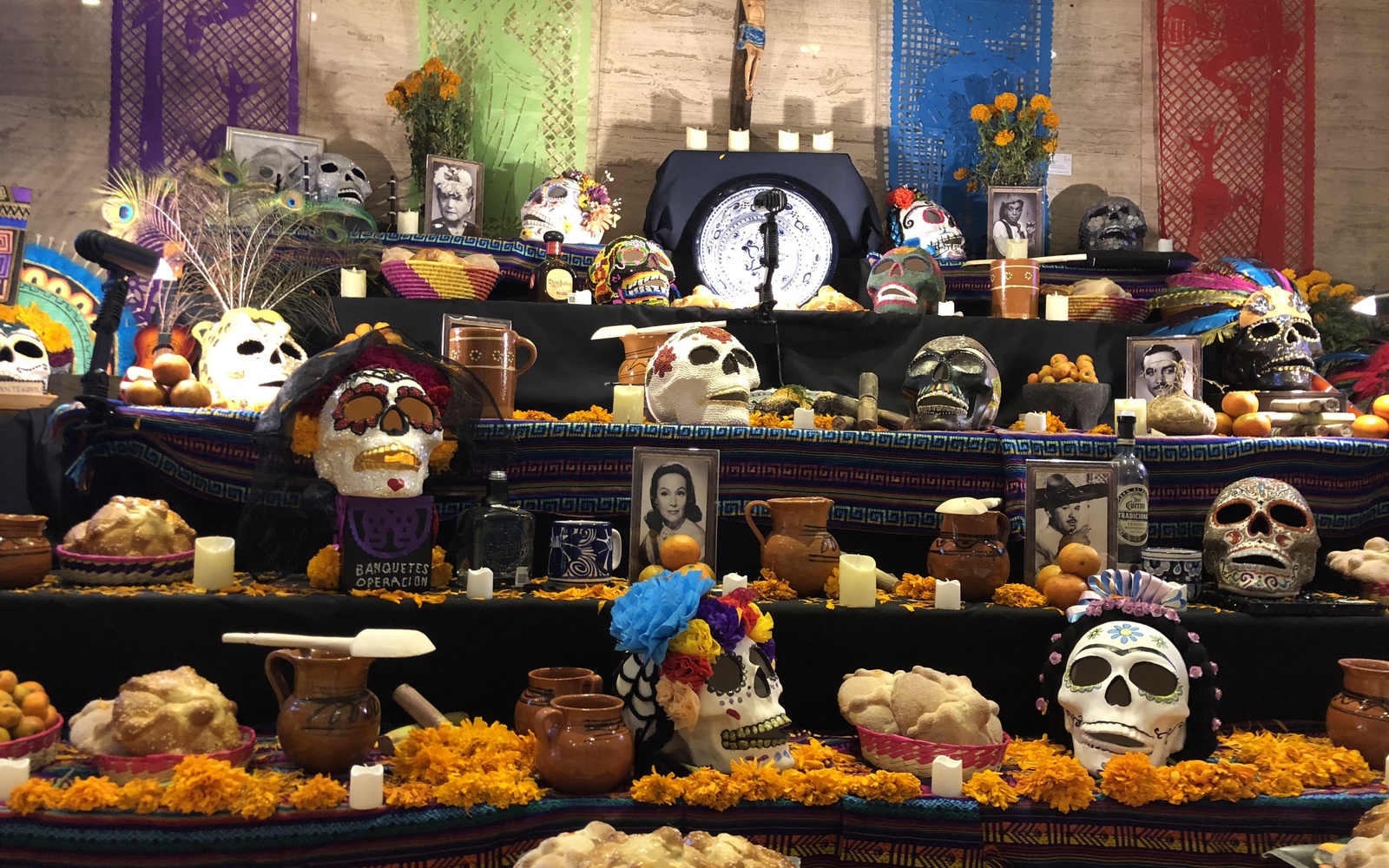 Offerings for the dead.. 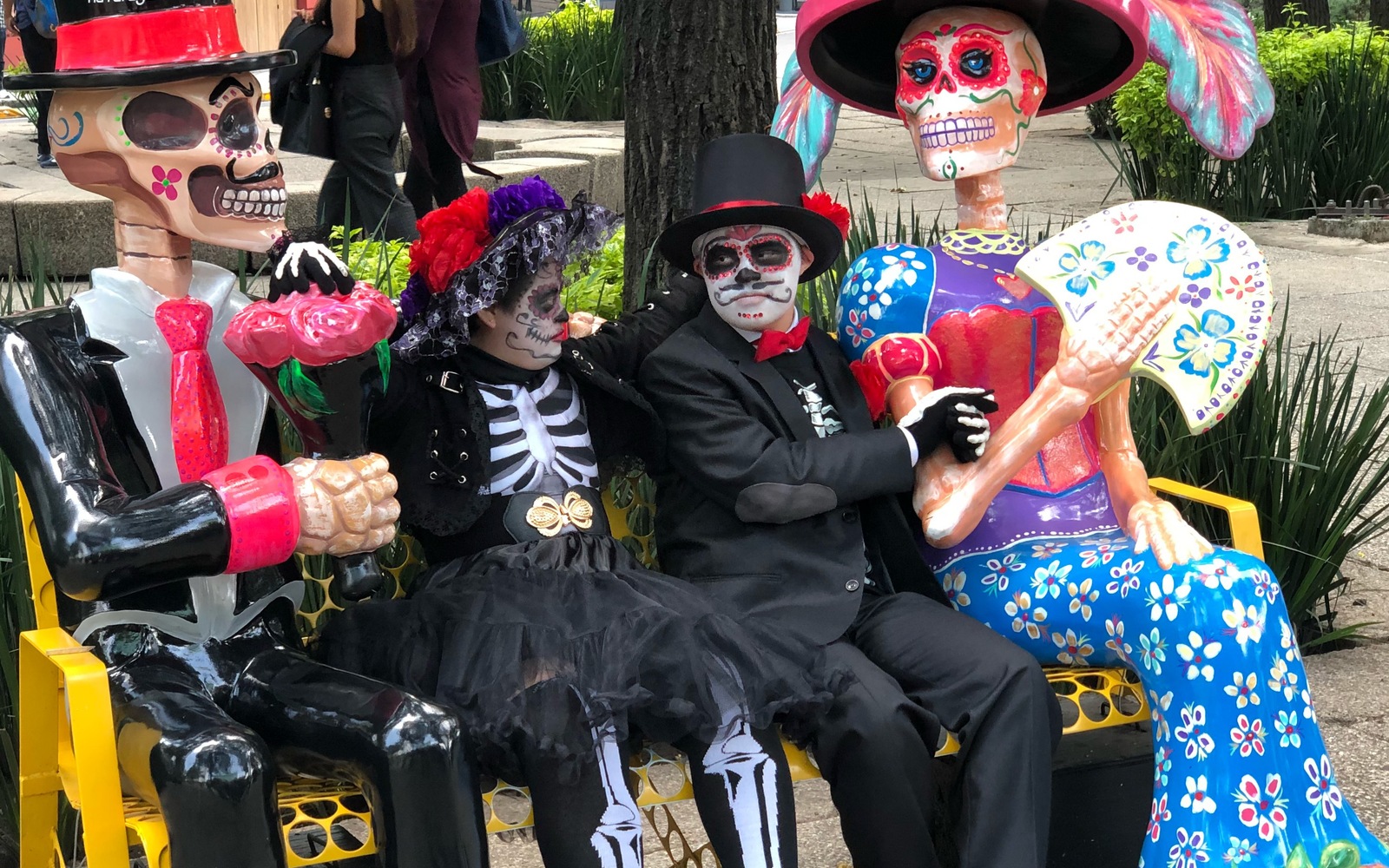 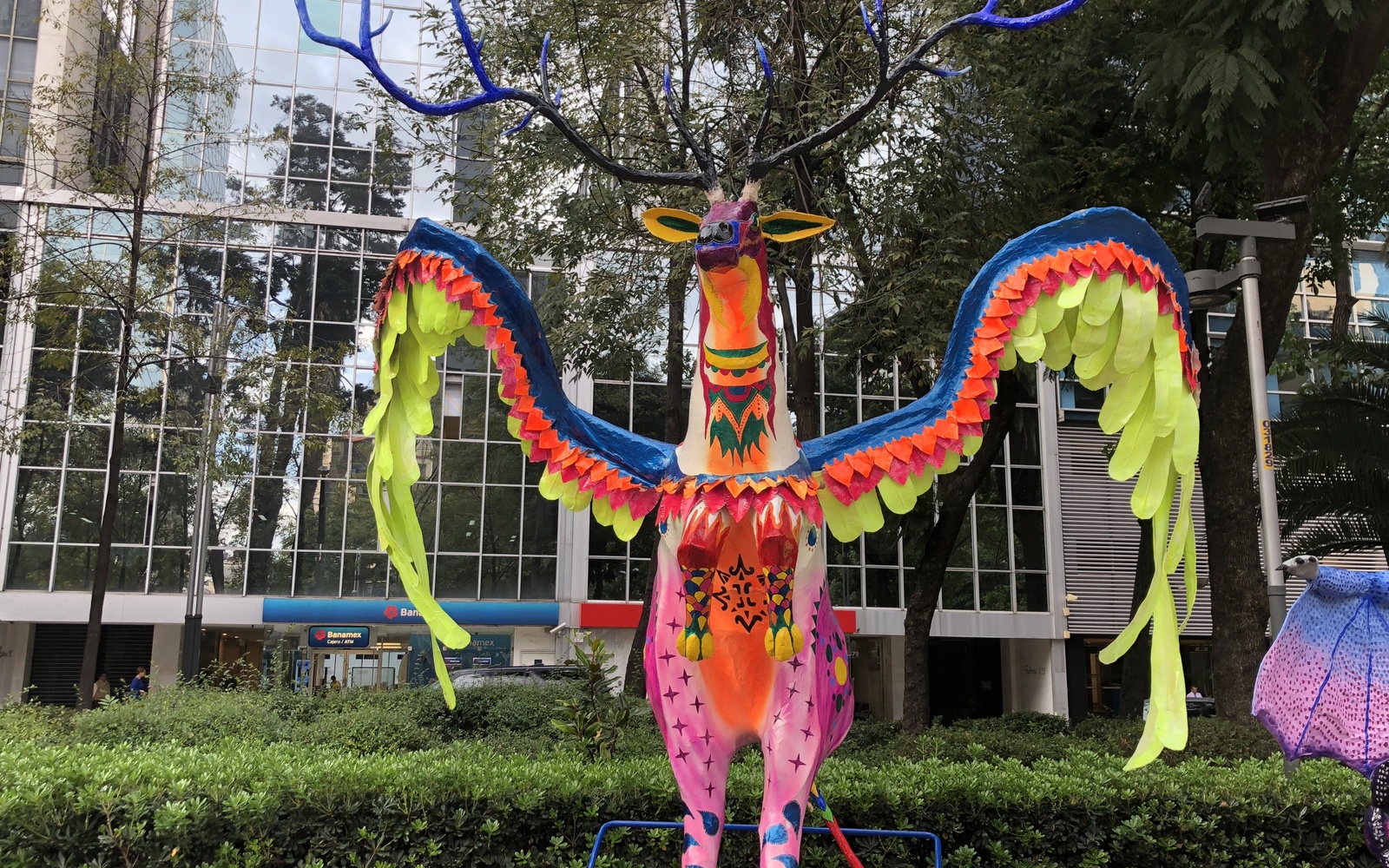 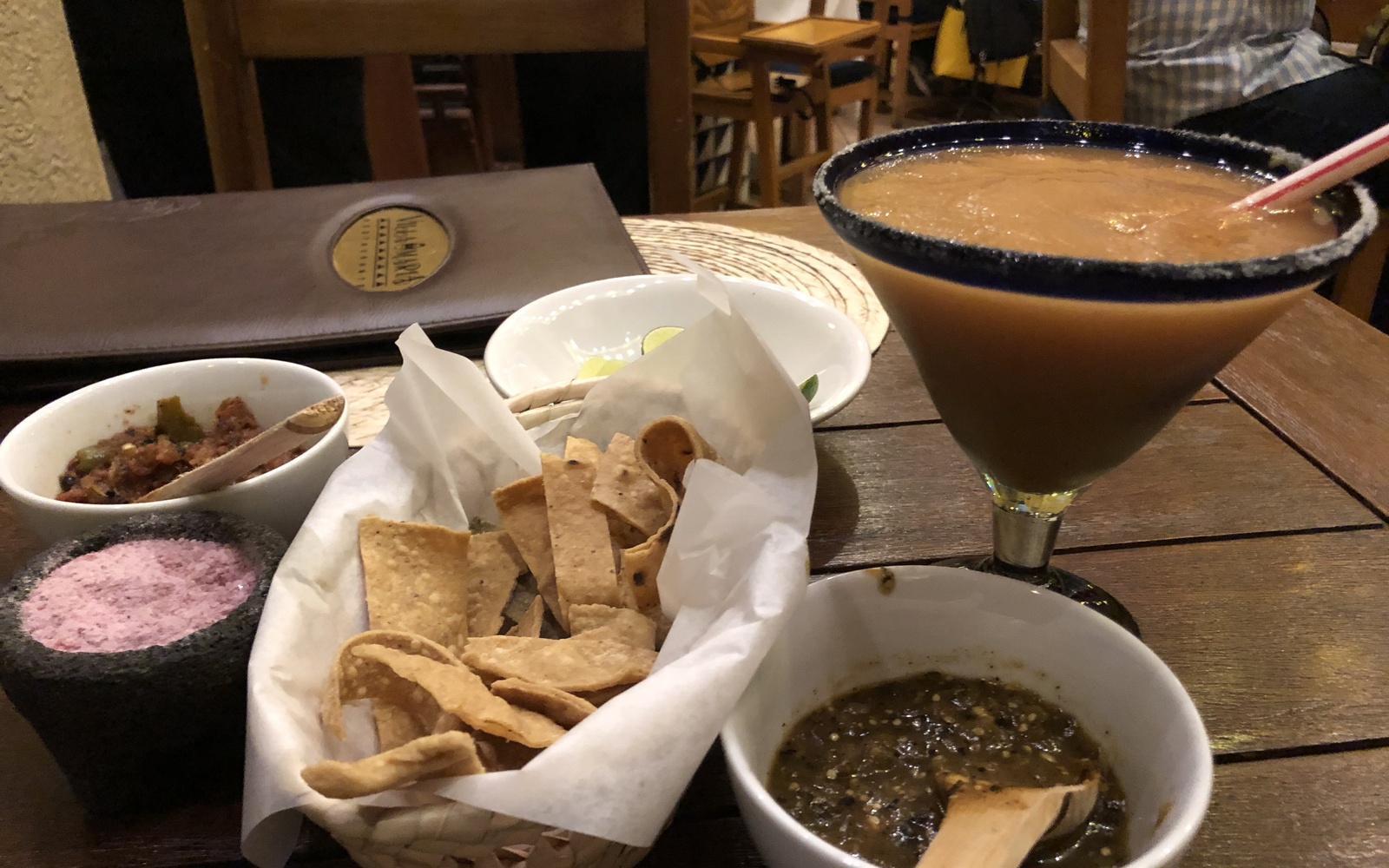 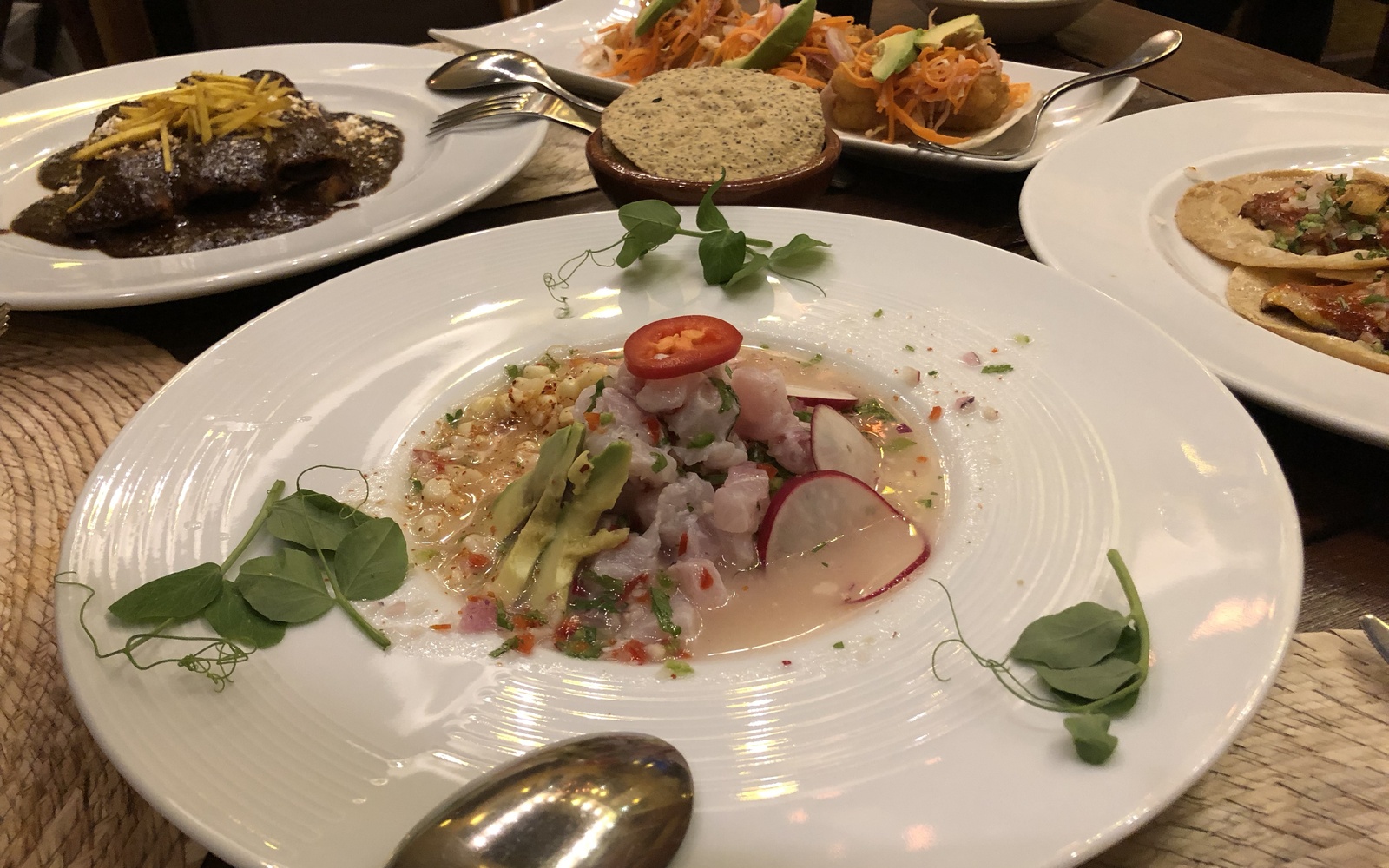 Feast at the Villa Maria Restaurant.. 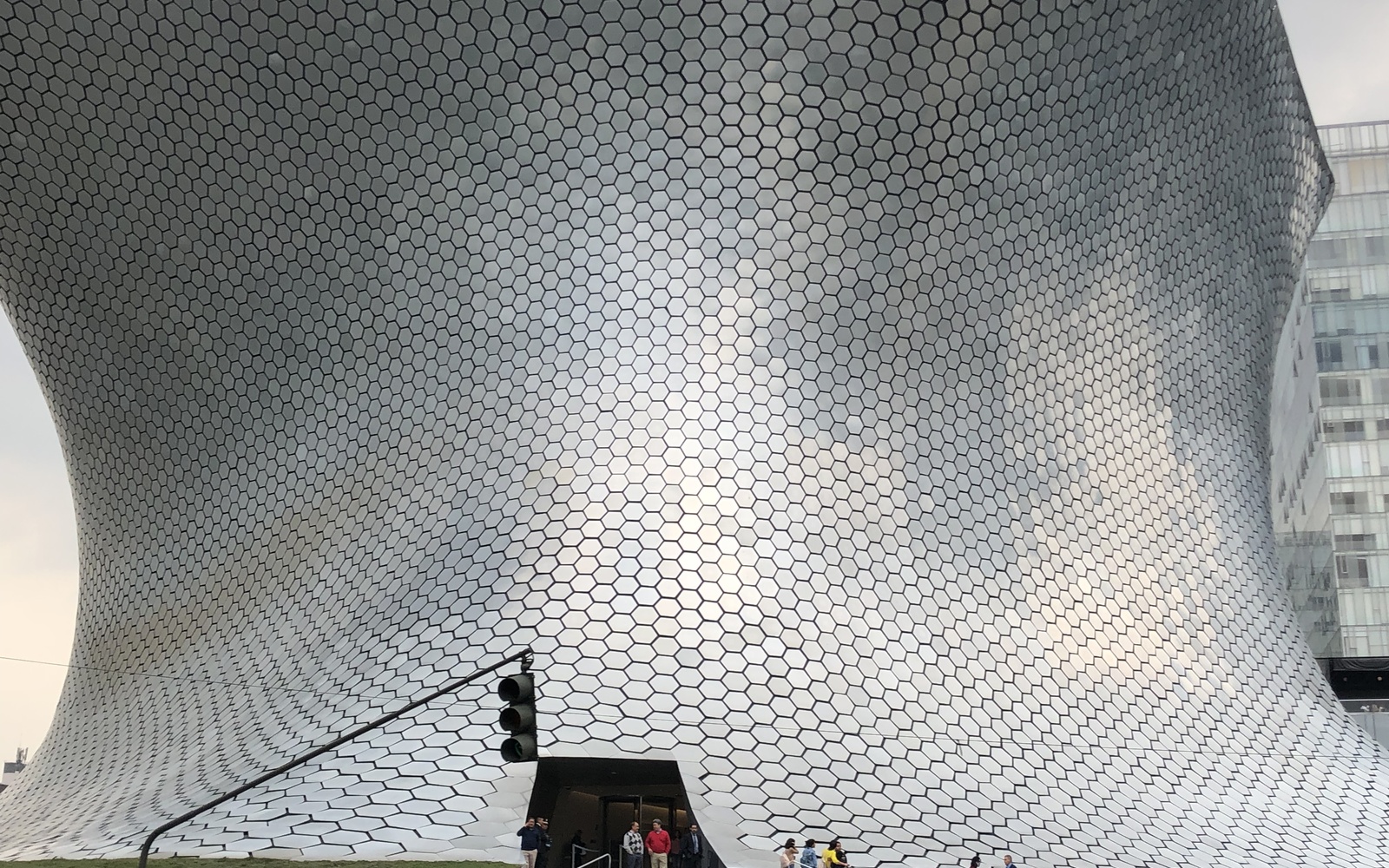 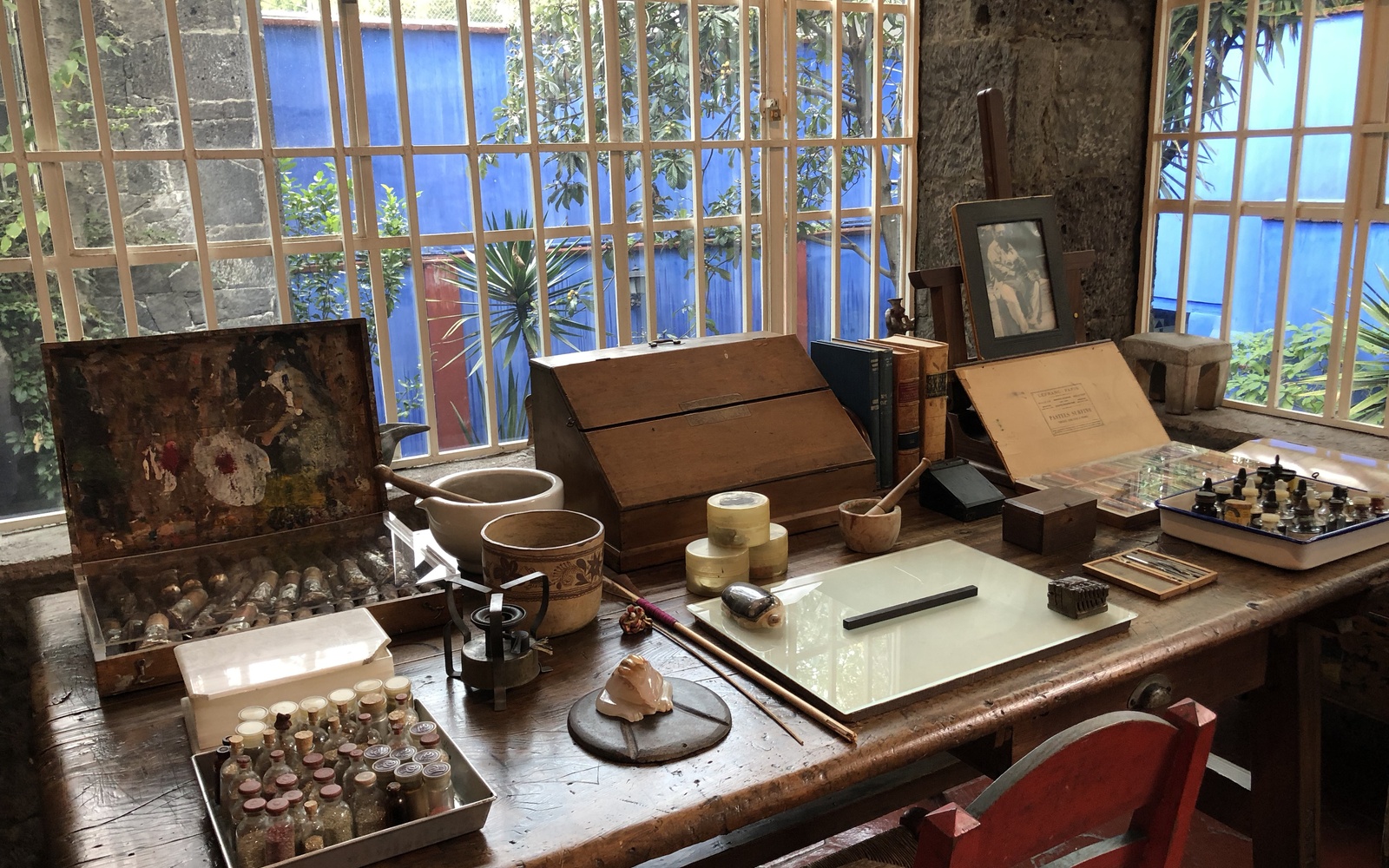 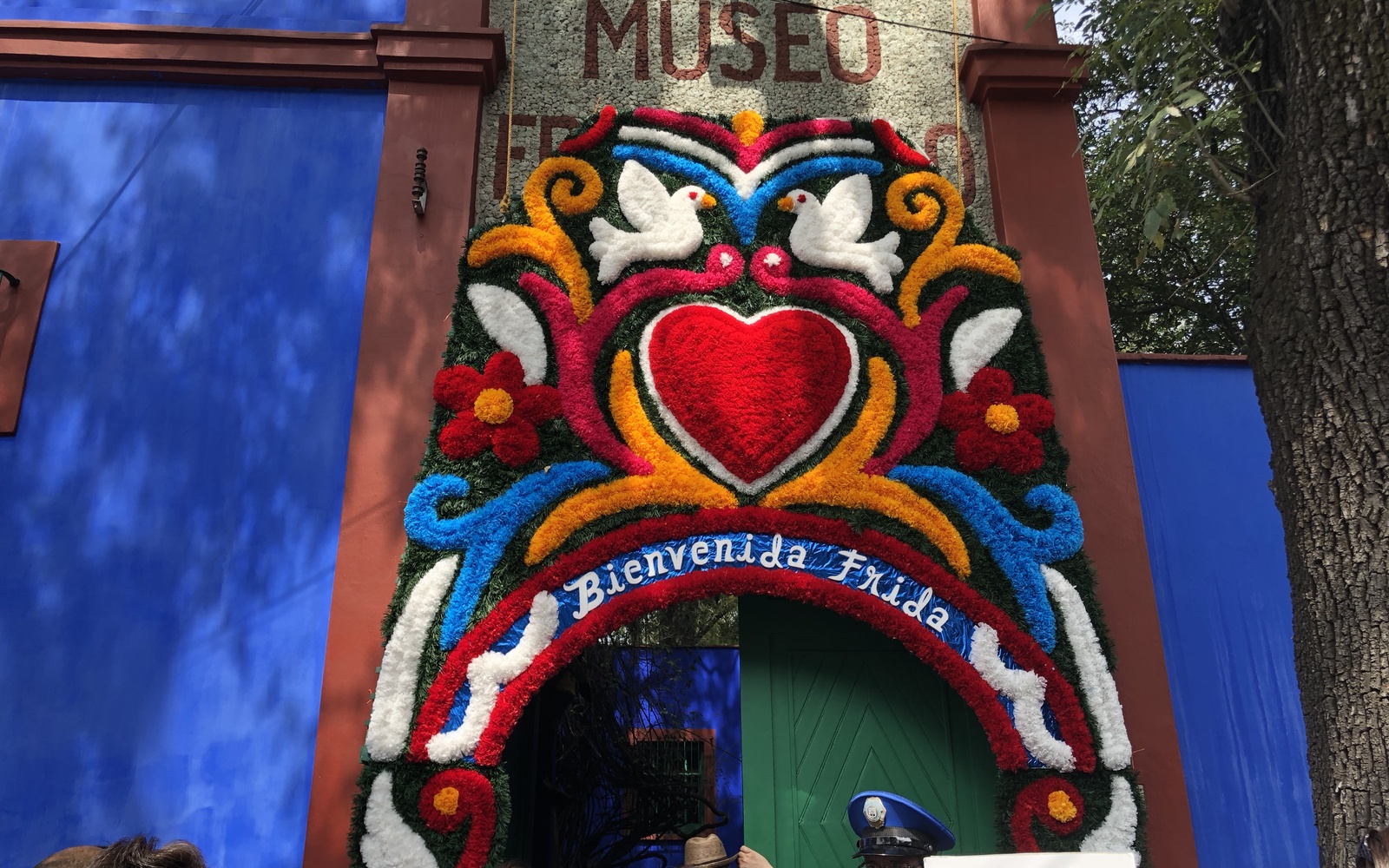 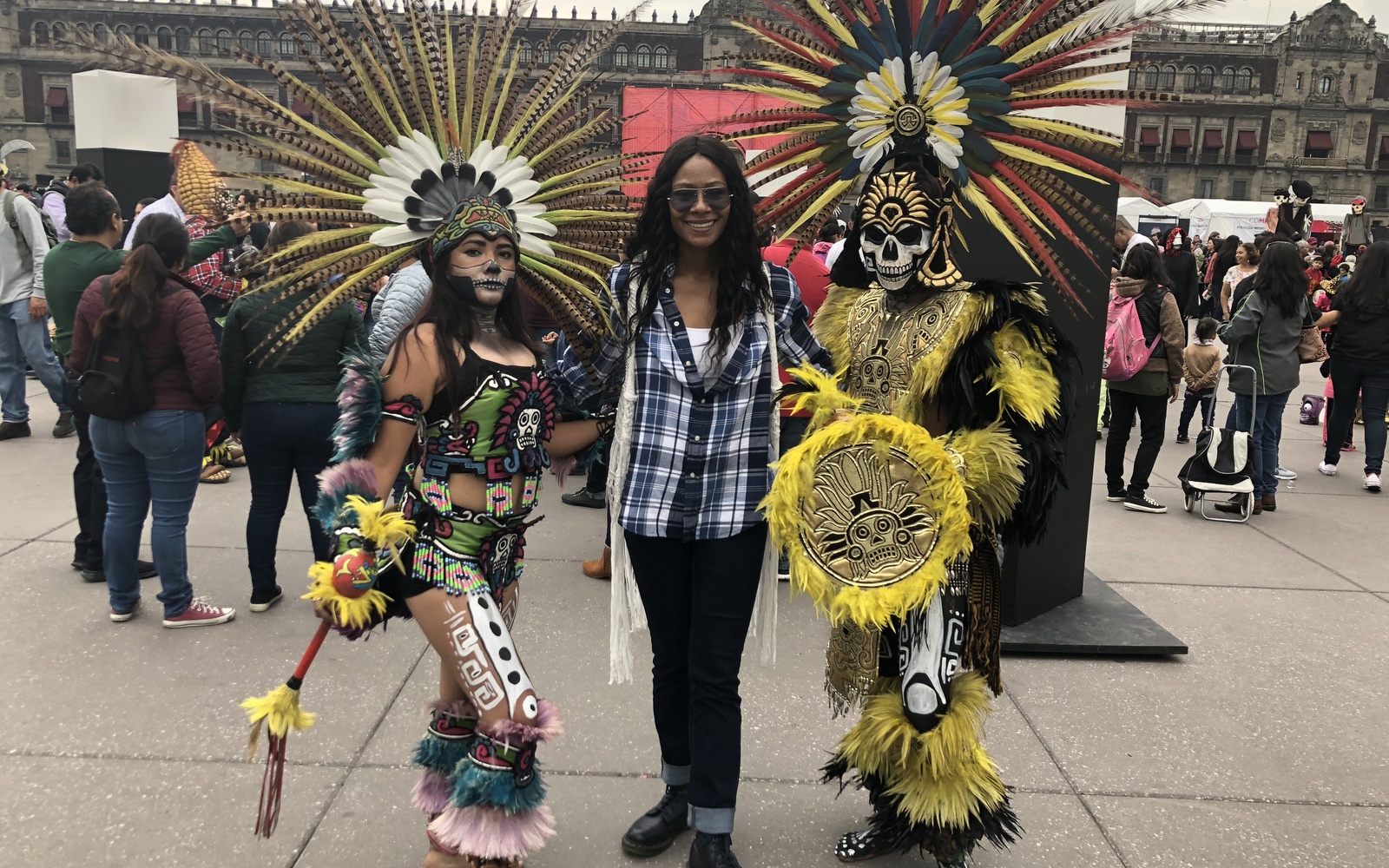 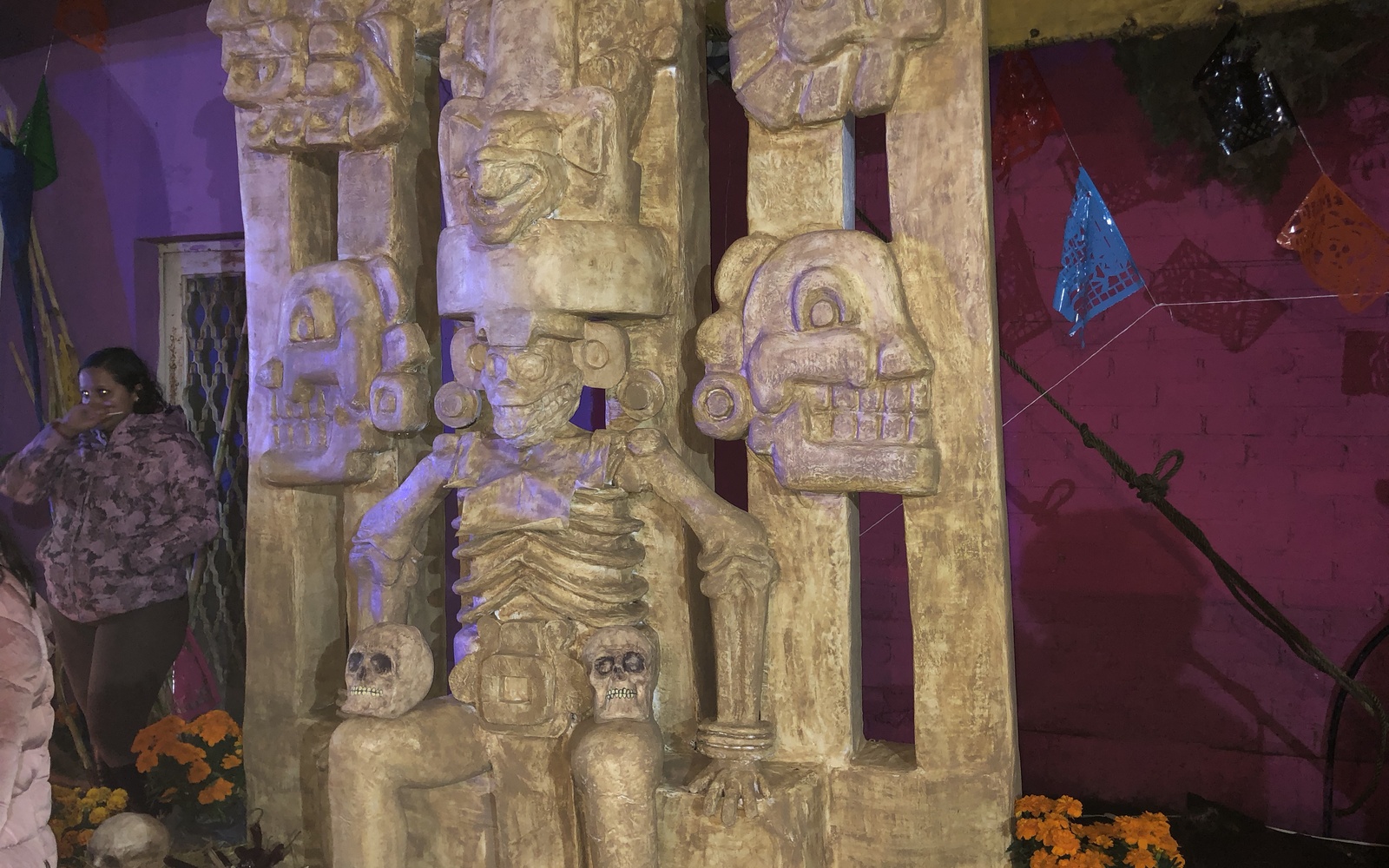 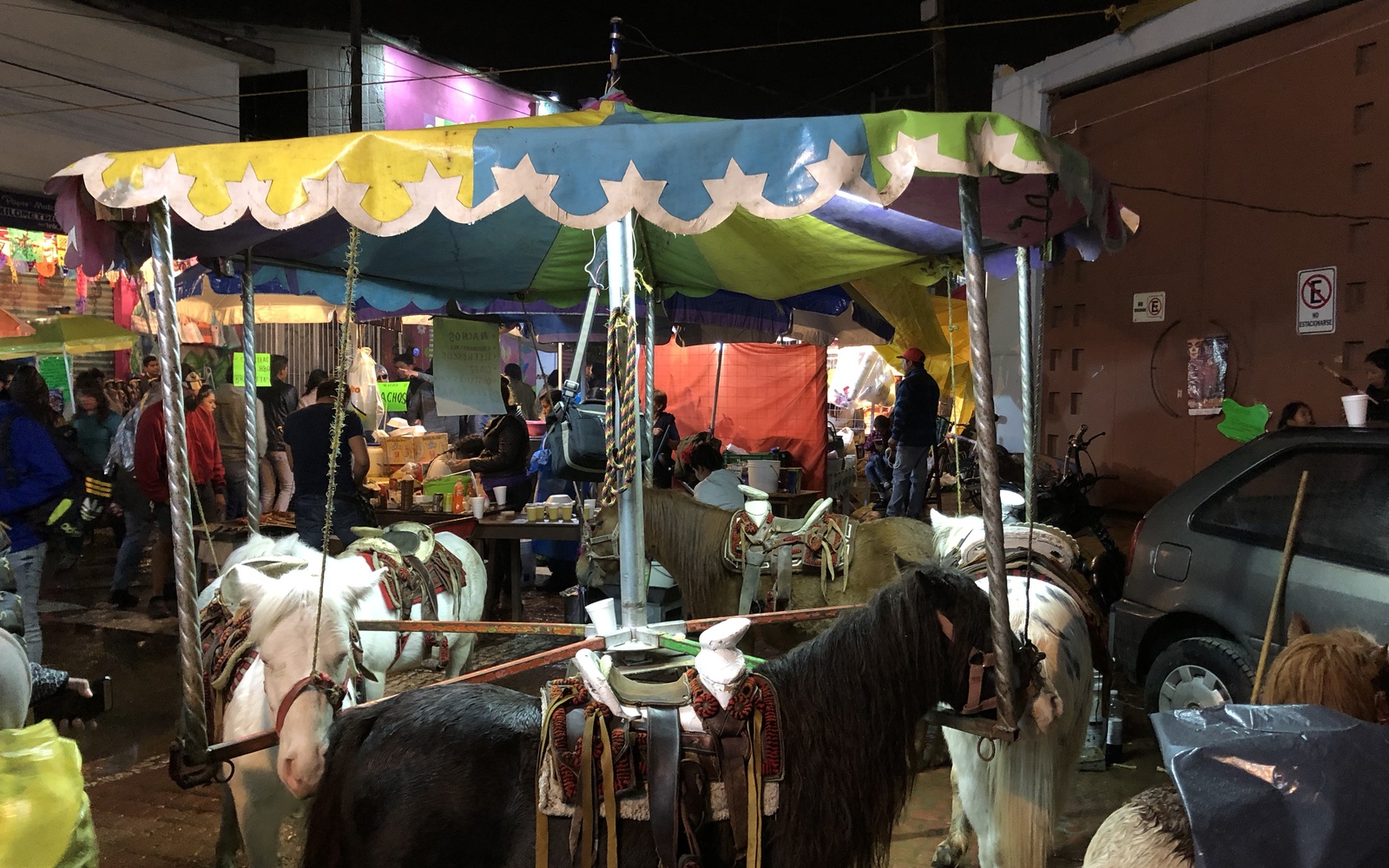 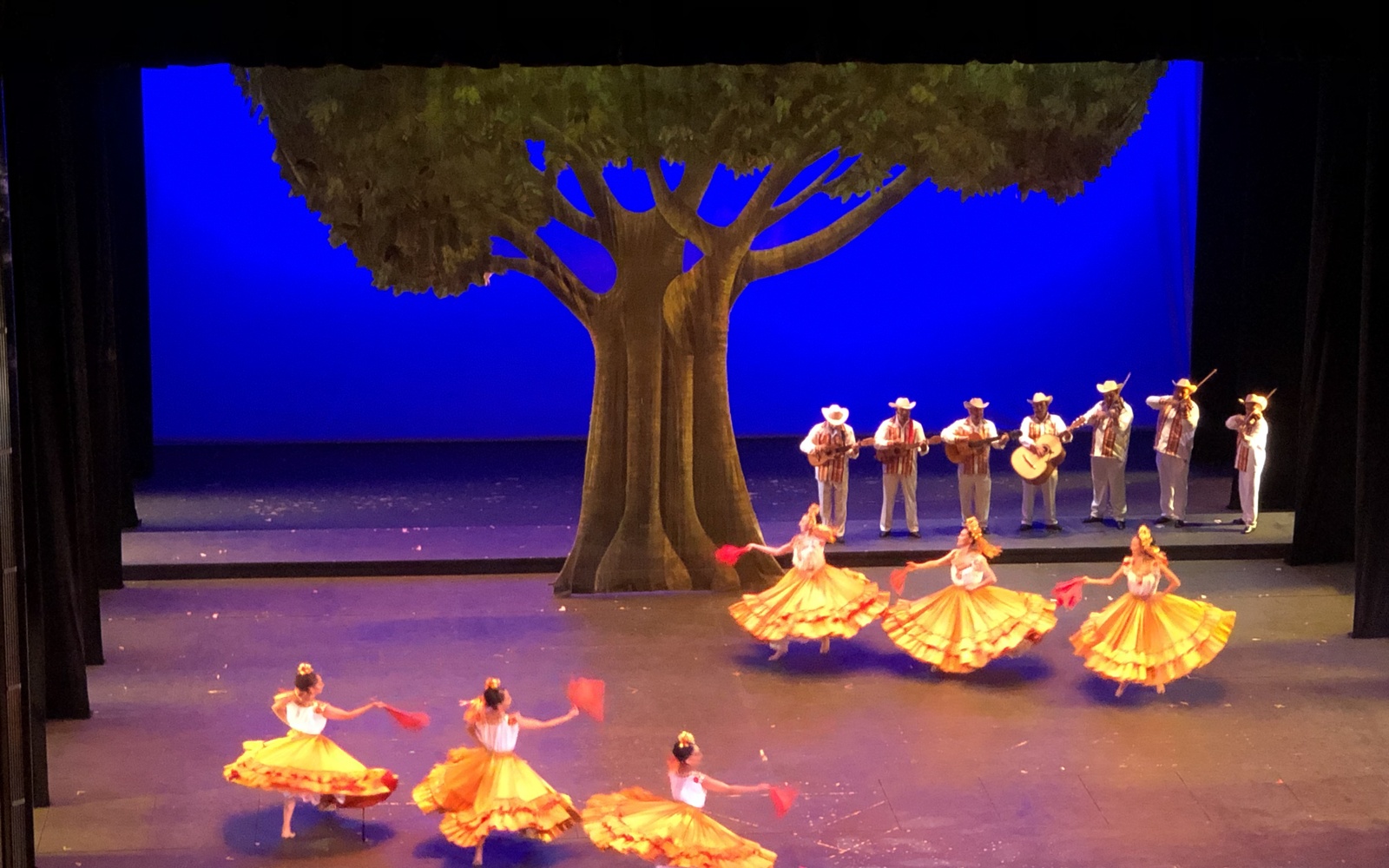 Celebrating The day of the dead in Mexico City

When it comes to ticking off my bucket list, Mexico City’s ‘the Day of the Dead parade was high up on the list. So, when the opportunity presented itself, I decided to make this a mother/adult child trip. My daughter was super excited and couldn’t pack her bag fast enough. Well for her it was a free holiday, so who wouldn’t want to go?

Her knowing me, knew her mother had some travelling standards to adhere to, a nice comfy hotel, with all the amenities and being central to the action. She had downloaded her culture trip app to ensure we could get around without any hassle.

We stayed at the Sheraton Maria Isabel Hotel, located opposite the Angel of Independence statue. I was happy that I had picked the perfect spot for the festival, to witness all the action as well as being central to getting around.

What is El Dia de los Muertos? Well, watch the Pixar movie ‘Coco’ - despite it being a ‘children’s film’, it really hones on in why the Mexican’s celebrate this two-day festival every year, after Halloween.

Not to be confused with Halloween, El Dia de Los Muertos celebrates the lives that have gone before the living.

Day One ‘All Saints’ Day’ celebrates the day of the innocents (children) on Nov 1st and the next, ‘All Souls’ Day’, is to remember on adults. Mexicans decorate graves with special flowers, candles, pictures of the deceased and food, in the belief that their loved ones come back to see them at this particular time of the year.

Mexico City saw its first parade in 2015, which was created for the James Bond movie ‘Spectre’; since then it has become an annual parade, starting at the Angel of Independence down to Zocalo Square. Prior to this large procession the celebrations would take place at the burial grounds of the beloved. 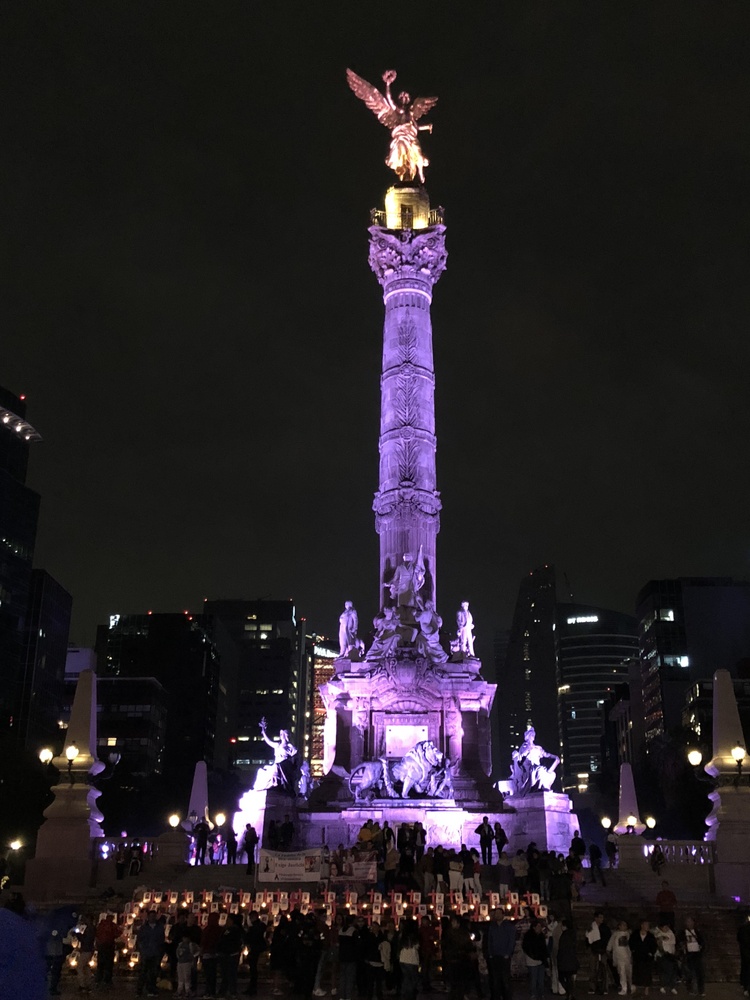 Staying in the city, I was able to see the most exquisite beautifully decorated sugar skull monuments placed strategically down the mall leading to the Angel of Independence. The steps of this monument are also decorated to commemorate the celebrations. Tourists and the locals crowd the area to mark their respect. You

What you do notice when visiting at this time of the year, every establishment has decorations up to honour the dead. It is said to be bigger than the Christmas celebrations.

Being first-time visitors, we thought it wise to take a tour bus in order to familiarise ourselves with the city. This gave us a whistle stop overview of the major locations, such as Tabacalera,

Uber is another great way to get around, the fare in Mexico is peanuts compared to prices in London. for example a 10-mile trip in Mexico costs no more than £6 rather than £28. The Mexican drivers are much friendlier too, they will help you to improve your Spanish better than using google translate.

City bikes and scooters are also an inexpensive and easy way to get around, you can pick up this mode of transport anywhere, as long as you have downloaded the app and registered. 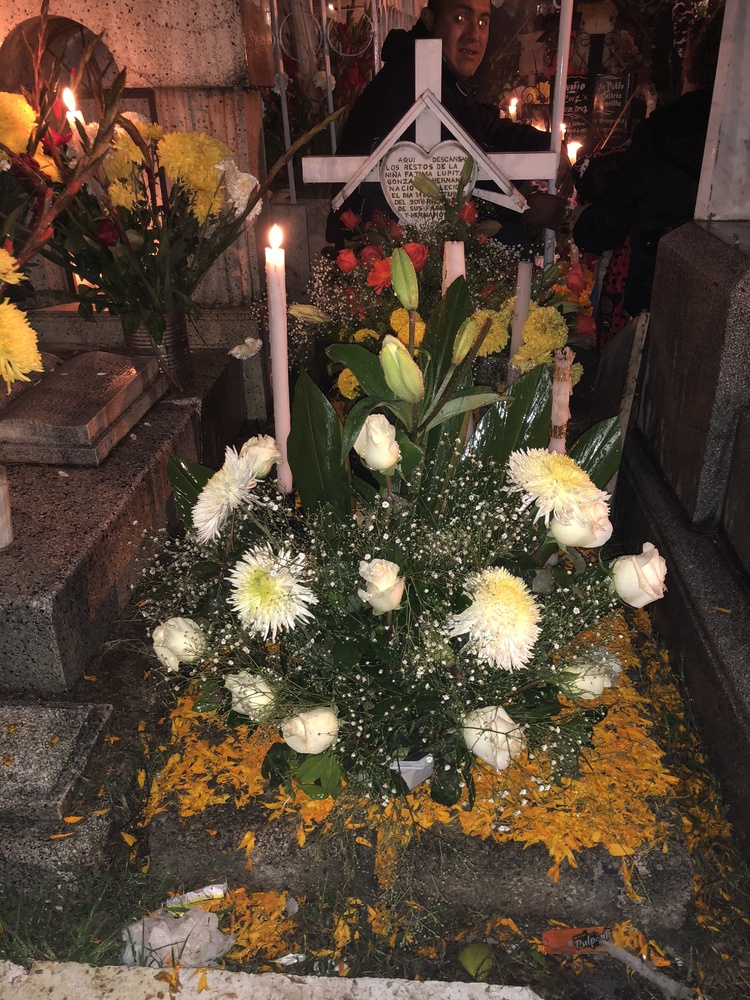 As part of the festival, our hotel organised for us to take a trip to San Andres Mixquic, a chance to view the celebrations within a traditional setting. This small village hosts two days of church ceremonies, singing and dancing, sugar skull face painting, as well as street market, selling vibrant foods, toys and sweets made by the villagers. I’m glad I was able to experience this, as we missed the commercial street parade, as the organisers brought the date forward in line with the Mexico Grand Prix.

The Frida Khalo exhibition was a must-see. I have always loved the works of Frida as they were mainly of her and how she saw herself, as well as what she was feeling at the time.

Khalo’s exhibition is within the home she grew up, lived and died in: a normal sized house that contains her original artefacts, easels, drawing utensils, sculptures, including her furniture. Khalo’s home is a shrine to her.

People from far and wide come to visit the house, which is located on a regular street, rather than a secluded gated mansion. You cannot miss it: it’s bright blue and the only house on the street that is bold in colour, like the artist herself. If you do visit, my advice is to get there early, as you’ll find yourself queuing for hours, even if you have priority tickets.

Being the lover of the arts, I was fortunate to attend the performance of Ballet Folklorico de Mexico: a company performing traditional dance wearing colourful traditional clothing, with song and musical mariachis. They perform in the beautiful building Palace of Fine Arts, which boasts exquisite architecture.

In Zocalo square, street artists put on traditional Mexican community performances, with dancers ranging from youngsters to the elderly, proof that ‘you’re not dead yet’!

Food stalls are integral to the locals’ way of life. We were very undecided about this, until my daughter gave me a good assessment pointer, she said “Buy from the food stall that has the largest queue of people, then you’ll know it’s safe to eat”.

El Parnita is a kitsch, bohemian, rustic Mexican restaurant. It opens daily from 1.30pm-6.00pm, no reservations are allowed but know this restaurant is full to the brim, with people waiting outside to eat here. This should tell you the food here is very good and I would have to agree, the Garbanzo Bertha was the dish for me.

Villa Maria is steeped in tradition with mariachis serenading and entertaining the guests. This establishment, which was once a mansion, is renowned for overly large sized margaritas and freshly made tacos.

Koku is a Japanese restaurant serving fresh, tasty and inexpensive food. It was one of our favourites.

Mexico City is a great place, the people are lovely, the cost of living is low and there is much to see and do. This is one city I would definitely return to in a jiffy. If you’ve never been then I would encourage you to investigate this wonderful city.